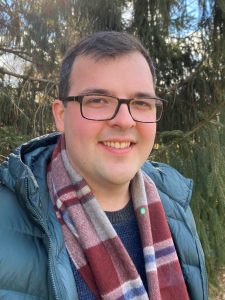 Chris joined Save the Sound in January 2021 as the Peter B. Cooper Legal Fellow, where he supports the organization’s conservation, climate, and environmental justice initiatives.

His career in law and policy is informed by experiences working as a legal fellow at the Connecticut Urban Legal Initiative in Hartford, and internships in government ranging from the New York City Mayor’s Office to the U.S. Senate. Chris received his J.D. with a certificate in Energy & Environmental Law from the UConn School of Law, where he was the assistant managing editor of the Connecticut Journal of International Law and competed as a member of the Connecticut Moot Court Board. He also helped develop a program for law students to be appointed as advocates in animal cruelty prosecutions. Chris received degrees in political science and economics as an Honors Scholar at the University of Connecticut.

A Connecticut native, he grew up sailing on Long Island Sound. In his spare time he enjoys hiking with his two dogs, cooking and baking unnecessarily complicated things, and finding the best ice cream in Connecticut.