Over our four-decade history, Save the Sound has had major victories in protecting our region’s land, air, and water—as well as residents’ health and right to enjoy their natural resources. Below are some of the highlights. 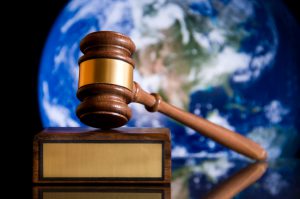 For over a decade, we fought plans to turn the Preserve, a 1,000-acre coastal forest in Old Saybrook, Westbrook, and Essex that was the largest such unprotected parcel between New York and Boston, into a golf course with luxury estate homes. We participated in several legal actions, one of which blocked the golf course because of the impact it would have on the unbroken forest and its wetlands. Eventually, our years of hard work with local residents, the towns, and state paid off and a coalition was able to purchase the property in its entirety for preservation. Today its network of trails is open to the public for hiking and bird-watching.

At the turn of the millennium,  a Dutch business started buying up Connecticut water companies, putting at risk all of the watershed lands surrounding reservoirs that the companies had made available for water purification, habitat, and recreation. Save the Sound participated in administrative actions and formed a coalition with town leaders that led to the permanent preservation of 15,000 acres.

Save the Sound has repeatedly fought off projects that would pollute our air and sicken Connecticut residents. When a company bought the old English Station power plant in New Haven in 2003 and devised a plan to burn dirty oil on the hottest days of the year, we worked with an epidemiologist to show just how many more hospitalizations would occur in the low income neighborhood around the site. Save the Sound won a case at the Department of Energy and Environmental Protection prohibiting the plant from being built. Since that time, the state has secured $30 million to clean the toxic site and is preparing it for redevelopment and revitalization. Save the Sound also worked with PSEG to achieve emissions reductions at the dirty New Haven Station power plant and worked to ensure Connecticut’s last coal plant, in Bridgeport, will close by 2020.

When Shell Oil proposed building a huge floating liquid natural gas facility in Long Island Sound, Save the Sound mobilized communities in New York and Connecticut against it. Starting in 2004, we intervened in Federal Energy Regulatory Commission proceedings to block it and organized huge protests and letter-writing campaigns. We also worked with the Connecticut Attorney General and others to stop the Islander East pipeline, which would have industrialized parts of Long Island Sound, including the Thimble Islands. Both projects were successfully halted, and Long Island Sound remains a waterway for use by the people rather than an privatized no-go zone.

We have consistently brought citizen suits to enforce the Clean Water Act and stop polluters. In one of our earliest battles—back in the 1980s—Save the Sound joined the EPA in fighting the contamination of drinking water wells in Southington by the Solvents Recovery Service of New England. Our actions resulted in a new Connecticut state policy requiring notification of residents when a well is contaminated. Funds from the final settlement have since supported Save the Sound restoration projects in Southington and Plainville. In 2005, we filed several cases against industrial polluters where enforcement by the state was lacking. Shortly after we filed against the Atlantic Wire plant in Branford, the plant had a chemical spill killing thousands of blue crabs and our civil case turned into a criminal case with a conviction. Then-Connecticut Attorney General Richard Blumenthal called the series of cases we initiated the most significant enforcement event of the decade.

How We Use Environmental Law