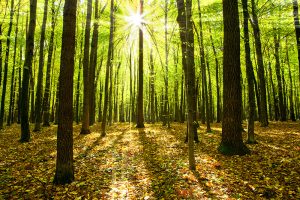 Decades ago, three organizations were founded to protect and restore our region’s environment: Save the Sound, Connecticut Fund for the Environment, and Soundkeeper, Inc.

Today they are one organization, called Save the Sound, with a comprehensive mission that encompasses environmental action for our climate, lands, and waters across Connecticut, Westchester, New York City, and Long Island. Learn more about our name unification here, and see our 2020 Impact Map here.

Connecticut Fund for the Environment was founded in 1978 and for our first two decades, it was tiny: a handful of dedicated lawyers enforcing clean water laws and protecting critical forests and wetlands from poorly-conceived development schemes.

By the late 1990s, the limitations of this approach became clear. After negotiating an intricate transportation project, we saw the agreements torn up by administrative and legislative processes. We realized that we needed strong community support to hold state leaders accountable.

Our first successful effort to build a broad-based alliance came a few years later when the multinational Kelda Corporation purchased Connecticut’s largest private water company, endangering thousands of acres of forests and wetlands that filter public water supply. In response, we formed a statewide coalition with hundreds of organizations and scores of local leaders. The outcome? 15,000 acres of water company land permanently protected. We’ve since used that same coalition-building know-how to conserve other critical lands and to get landmark climate bills through the Connecticut legislature.

Our effectiveness grew dramatically in 2004, when Save the Sound—first founded as the Long Island Sound Task Force in 1972 and active in the region as a powerful force for public engagement and habitat restoration—merged into CFE.  This strategically combined Save the Sound’s on-the-ground and volunteer strengths with CFE’s legal and legislative acumen.

Within a year we assembled our legal and community power to battle Broadwater, a liquid natural gas facility proposed for the center of the Sound. The fight culminated with Save the Sound bringing 15,000 written public comments to Albany, along with a sophisticated energy report demonstrating that New York and Connecticut didn’t need the facility or its gas. The State of New York then denied a critical permit, effectively killing the scheme and delivering a major grassroots victory.

This merger brought another powerful tool under our roof: on-the-ground restoration. Environmental engineering and green infrastructure re-open rivers, rebuild marshes, and green-up urban centers to transform neighborhoods and ecosystems. Our restoration work took off in 2009, when we won competitive federal economic stimulus funding to reopen tidal flow at Bride Brook at Rocky Neck State Park and replace tide gates on New Haven’s West River. The projects had a remarkable outcome: a quarter-million more river herring now swim up Bride Brook every spring, thousands more travel up the West River, and the urban village of Westville is no longer threatened with catastrophic flooding. One expert called the West River project the most important Urban River restoration success from Chesapeake Bay to Maine. Our largest-ever restoration project was completed in fall 2019 at Sunken Meadow State Park on Long Island.

Most recently, Soundkeeper, Inc. asked us to take on the well-known Soundkeeper program to continue Terry Backer’s legacy as your eyes and ears on the Sound. We agreed wholeheartedly. In August 2017, new Soundkeeper Bill Lucey was launched under Save the Sound’s banner, beginning a new era of on-the-water patrols. Backed by our capable lawyers who enforce clean water laws and our experienced water quality scientists and advocates, Bill is already connecting citizen watchdogs, local organizations, and civic leaders to track down, measure, and fix water pollution. And he’s bringing activist voices to Hartford, Albany, and D.C. to demand sensible policies to keep families safe from sewage pollution and restore vibrant, abundant life to the Long Island Sound food web.

We are now partnering with scores of community-based organizations and watchdogs in New York and Connecticut who care deeply about their local streams and harbors. Our organization is using every tool available to push Connecticut into being a national leader on climate and clean energy—more important than ever as the federal government actively dismantles climate efforts. We continue to be the defender of our region’s last great open spaces and the critical laws that guard them against development. We are mobilizing large coalitions and arguing in court to protect the last mile of unprotected forest on the lower Niantic River as well as endangered Plum Island, home to seals, terns, piping plovers, and rare plants.

Save the Sound fights to protect the stream you fish in, the forest you hike, and the islands you sail around. We work to build up neighborhoods that are safe from the threats of flooding and storms, and are thriving with home-grown energy and good jobs. And we do it all by bringing together the skills of our alliance’s combined 117 years of experience with your energy and passion to protect the places you love.

Monday, May 23, 5:30 p.m.
Dana Dam Site Walk - Please join us for a site visit led by our project team, who will talk about plans for removing the 90-foot-long dam and restoring a portion of the River to a natural meandering path instead of its current straight line along the adjacent Metro North Railroad tracks.