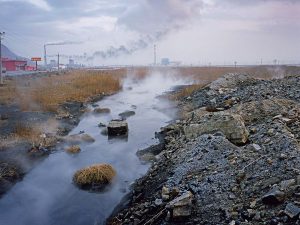 Today swimming in Long Island Sound and Connecticut’s lakes and rivers, and breathing Connecticut’s air, are fundamentally different—and better—experiences than they were when many of us were growing up. This is a direct result of the Clean Water Act, Clean Air Act, and other major environmental laws that were passed in the 1970s. Save the Sound uses these laws every day to protect the resources you depend on.

Long Island Sound has far less contamination and sewage than the days when editorial cartoons depicted it as an open toilet. The Sound’s low oxygen dead zones have shrunk considerably, allowing life to return to previously dead waters. The Naugatuck River, which used to turn different unnatural colors depending on what was being manufactured that day, now hosts trophy trout and Atlantic salmon fishing as well as bald eagle nests.

By giving citizens and environmental groups the authority to take action when the government fails to, our environmental laws have resulted in steady progress, regardless of politics and the administration in power at the state or federal level. Since our inception, Save the Sound has consistently taken polluters to court under these statutes—and won! 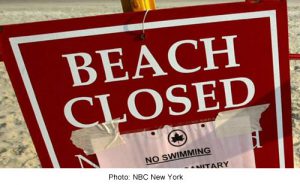 Yet while much progress has been made, much more remains to be achieved. A Long Island Sound dead zone and beaches closed due to sewage and stormwater persist. Air pollution still reaches levels that are unhealthy to breathe every year and our region’s governments are faltering in the obligation to stop climate change.

Enforcing our environmental laws is more important than ever. Rolling back environmental protections was the express mission of top environmental Trump administration appointments, and the only way to protect the Sound and Connecticut’s land, air, and water was to see them in court—and Save the Sound did precisely that. Our Clean Water Act, Clean Air Act, and land protection suits held the line.

Thanks to our federal and state environmental laws and Save the Sound’s ability to enforce them, we will continue to clean up Long Island Sound, protect your lands and the air you breathe, and take action to address catastrophic climate change.