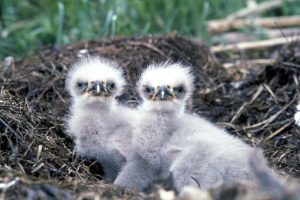 We all love the open spaces that let us rest our eyes and recharge from busy life. But there’s someone who relies on them even more: the wildlife that calls these places home. CFE/Save the Sound works with allies like national wildlife conservation groups, legislators, and land trusts to protect forests, wetlands, and dunes against overdevelopment so they can continue to shelter birds and animals. And we rebuild damaged habitats as well, by reopening rivers for migrating fish and re-planting riverbanks and coastal marshes.

One of our region’s most important wildlife areas is Plum Island, but it’s at risk. Based on detailed census work by Audubon staff over several years, over 200 bird species have been documented as breeding or foraging on Plum Island and adjacent coastal waters. These include a variety of birds-of-prey, shorebirds, wading birds, waterfowl, and songbird species. Of special interest is the presence of Piping Plovers, a federally threatened species, which utilizes the shoreline habitat for breeding purposes. The Piping Plover shares this shoreline with several dozen Roseate Terns, a federally endangered species, and several hundred Common Terns, a New York State threatened species, which use the island as developmental habitat and for resting on its shoreline.

The wetlands in the southwestern portion of the island host Snapping and Painted Turtles. Dolphins have been sighted off the waters of the island. Additionally, the immediate offshore rocks and the waters surrounding the island are used extensively by several dozen to as many as 300 Harbor and Grey Seals during the winter months.