I live in Old Saybrook, Connecticut, a small town located at the mouth of the beautiful Connecticut River, which empties into Long Island Sound.  Every spring, I look forward to a traditional phenomenon when local seafood stores near the river post signs reading “Connecticut River Shad for Sale,” heralding the arrival of the unique, mild, sweet-tasting fish. Adult American shad, a type of herring, return from the Atlantic Ocean to spawn in the river and its coves each spring, migrating as far as 174 miles upriver to Bellows Falls, Vermont.

The Connecticut River is the only river in the state where a restricted, commercial take of American shad is permitted.  This is because the Connecticut River still has a stable population of shad, whereas most other rivers have witnessed a significant decline, or in some cases, an extirpation of shad.  Sadly, the same story holds true for many states along the eastern seaboard.  The National Oceanic & Atmospheric Administration (NOAA) reports that the range-wide abundance of American shad continue to be far below historic levels, and points to dam construction, pollution, and overfishing as contributing factors to the decline.

As I reported in my previous blog post, smaller forage fish, like American shad, are a critical component of the marine food web, providing nutrition for Long Island Sound’s larger fish that recreational fishermen love to catch, but also for many species of birds and mammals too. They play a crucial role in Connecticut’s coastal economy and ecosystem.

However, in the New England waters of the Atlantic Ocean where American shad mature, they (along with river herring, which are also depleted) are being accidentally caught and killed in large numbers by the industrial trawl fishery for Atlantic herring.

In June 2012, after years of hard work and input from stakeholders, including the commercial fishing industry itself, the New England Fishery Management Council (NEFMC) approved important new measures to greatly improve monitoring and create incentives to avoid incidental catch, or bycatch, of shad and river herring. These measures include a requirement that 100% of industrial trawlers have a third-party observer on board, limits on the wasteful dumping of catch, requirements for accurate weighing of all catch, and a cap on the amount of river herring and shad that can be caught at sea.

But a year later, NOAA Fisheries, the federal agency which governs the actions of the NEFMC, disapproved major elements of this plan, including the requirement to place independent observers on all midwater trawl vessels. In its disapproval, NOAA noted that the council’s proposal would require the trawling industry to pay a target amount of $325 per observer day when there is currently no legal mechanism to allow cost-sharing.  Additionally, the NOAA cited that federal budget uncertainties prevent it from being able to commit to paying for increased observer coverage.

We believe that without the core measures recommended by the NEFMC, the industrial Atlantic herring fishery will simply continue to operate without necessary accountability, and as a result, the goal of being able to monitor and reduce the bycatch of shad and river herring will not be reached – further diminishing the population of these species.

Tomorrow, November 20th, the NEFMC will hold a one-day meeting in Newport, R.I., and will have the opportunity to address – and fix – the monitoring reforms that NOAA rejected. We encourage NOAA and the council to work together to get these fishery reforms back on course, and implemented as soon as possible.  This may mean that the Atlantic herring industry pay more than the $325 per day cost, and possibly up to 100% of the costs of an at-sea observer, if federal appropriations to NOAA Fisheries comes up short. 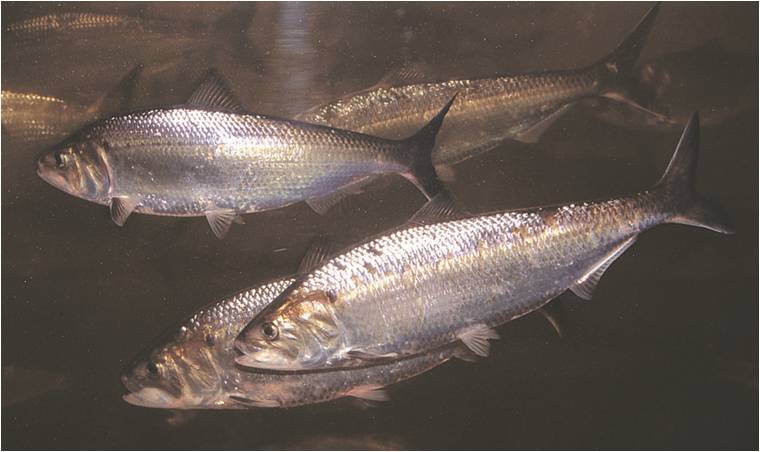 On a very positive note, in September the NEFMC voted to establish a cap on the amount of river herring and shad bycatch taken by industrial trawl vessels targeting Atlantic herring. The implementation of a maximum allowable cap can be an excellent tool for fishery managers. But currently, the cap has no real teeth because a cap is only as strong as the monitoring program that supports it. Without 100% observer coverage and dumping controls, managers will not be equipped with the verifiable data they need to accurately assess the effectiveness of the catch cap measure.

Connecticut’s coastal economy relies on a thriving Long Island Sound ecosystem; one where shad and river herring are given the protections they need in order to rebound and reach sustainable population levels.