New Haven, Conn. – On Saturday, April 9, Save the Sound, a bi-state program of Connecticut Fund for the Environment, hosted a celebration and volunteer event at the site of the former Pond Lily Dam. Project leads, neighbors, and student volunteers joined forces to plant native vegetation along the West River where the barrier once blocked water flow and fish passage. Over 150 volunteers participated, including many celebrating the Rock to Rock Day of Service.

The removal of the Pond Lily dam wrapped up this past February, but the project is not yet complete. This weekend’s native vegetation planting will further restoration goals by stabilizing the riverbank and providing food and shelter for wildlife. 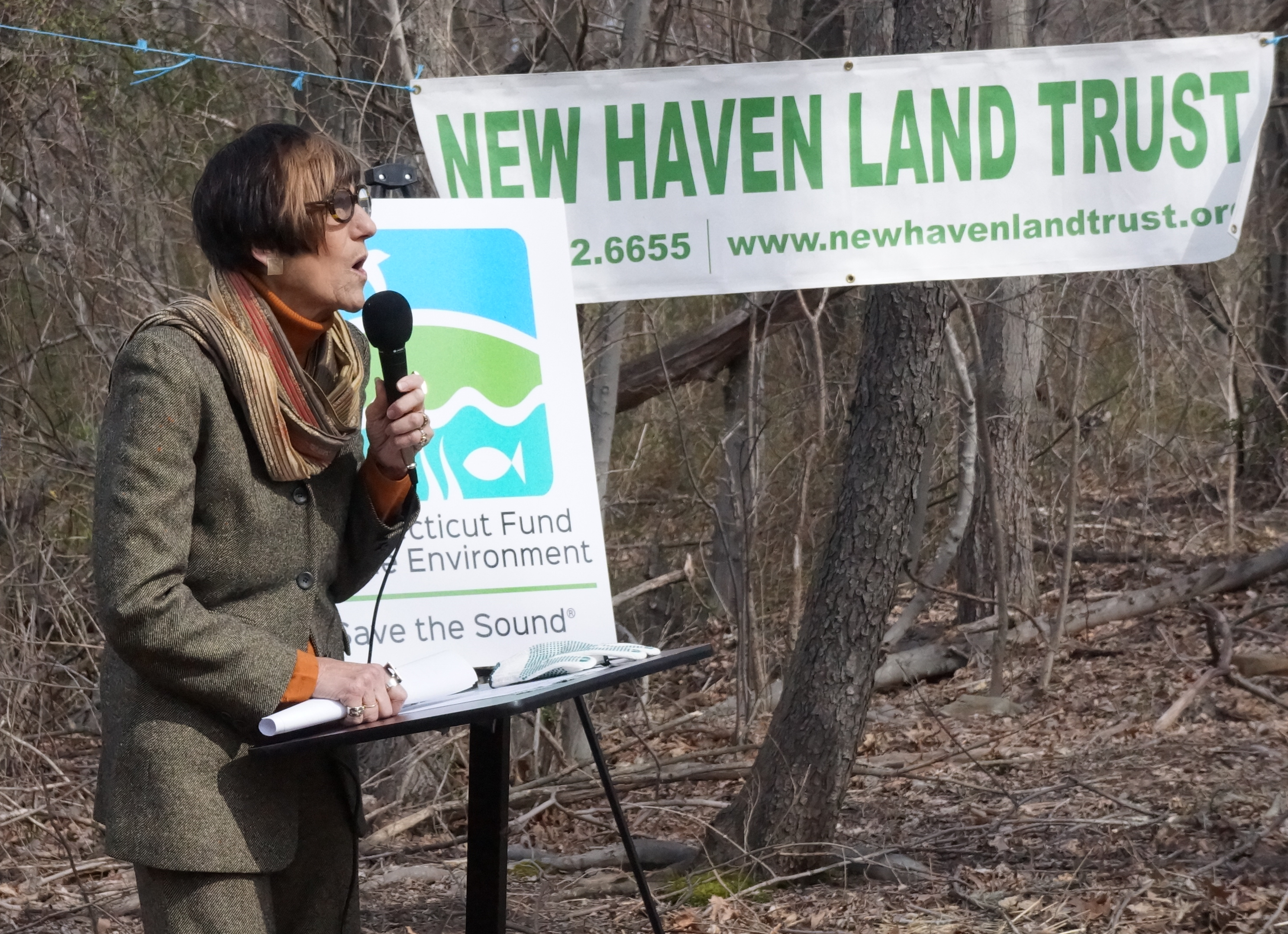 “Removing the Pond Lily Dam and restoring the West River is an important victory, not just for our environment, but for our community as well. By returning almost three miles of river back to its natural state, we have the opportunity to improve water quality for wildlife, and reduce flooding in order to make families and business more secure,” said Congresswoman Rosa DeLauro. “While the dam removal was completed in February, we still have more work to do. Today’s planting is another milestone that will help stabilize the riverbank and restore a critical piece of our ecosystem.”

Since the removal of the dam, water levels in the pond have fallen, which came as no surprise to the project team. The lowered water levels revealed two centuries worth of garbage that had been trapped in the mud and marsh areas of the river behind the dam. Dedicated volunteers came out to help clean up the trash on March 19 in preparation for the planting event. 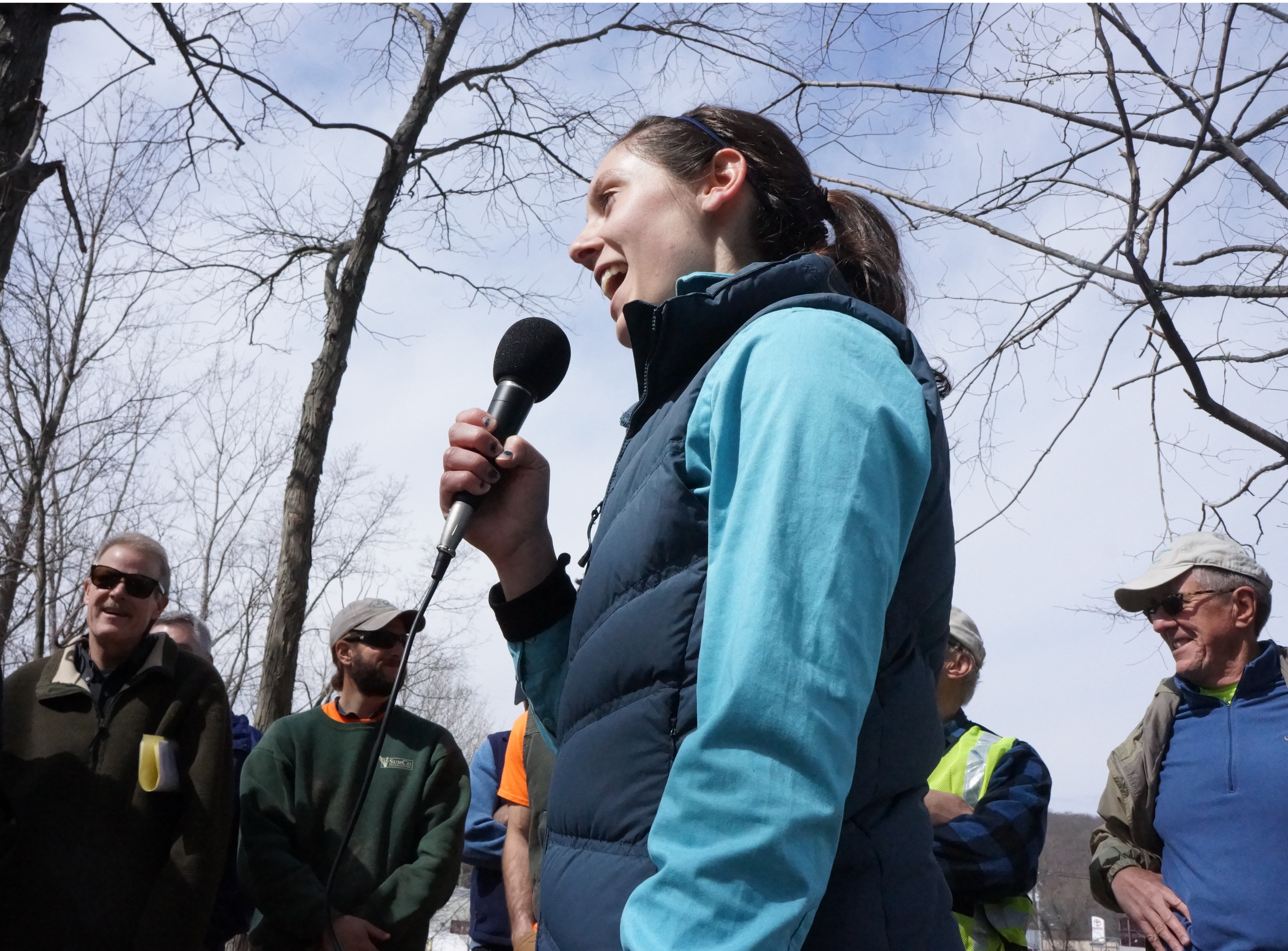 “This project is not only reconnecting the river, it’s also bringing together the entire community,” said Gwen Macdonald, director of habitat restoration for CFE/Save the Sound. “The commitment from the New Haven Land Trust, Rock to Rock volunteers, Hamden Hall High School, and Quinnipiac University has been amazing—it’s really inspiring to see so many folks taking time out of their Saturdays to restore the riverbanks and learn why that’s important. We hope this sets the framework for them to enjoy the West River for years to come, and someday bring their kids to watch the fish run every spring.”

Work to remove the Pond Lily dam began in November of 2015. The removal of the centuries-old barrier is a precaution against flooding during future storms. It also serves as a means to restore natural river flows that have previously been impeded, to make way for the passage of migratory fish upstream. In total, approximately 2.6 miles of West River have been reopened to migratory fish, including herring, eel, and shad. These species are expected to begin returning in this spring’s spawning run, starting as soon as the middle of this month.

“In the aftermath of Hurricane Sandy, we have an unprecedented opportunity to strengthen natural defenses along the Atlantic Coast to protect communities and wildlife against future storms,” said USFWS Northeast Regional Scientist Rick Bennett, who leads the agency’s Hurricane Sandy recovery and resilience program.

“Investments in projects like this one at Pond Lily support the goal of President Obama’s Climate Action Plan to make communities more resilient to increasingly intense future storms that are the result of a changing climate. They also create jobs and provide opportunities for fishing, hiking, wildlife watching and other recreational opportunities that improve the quality of life for local residents,” continued Bennett. 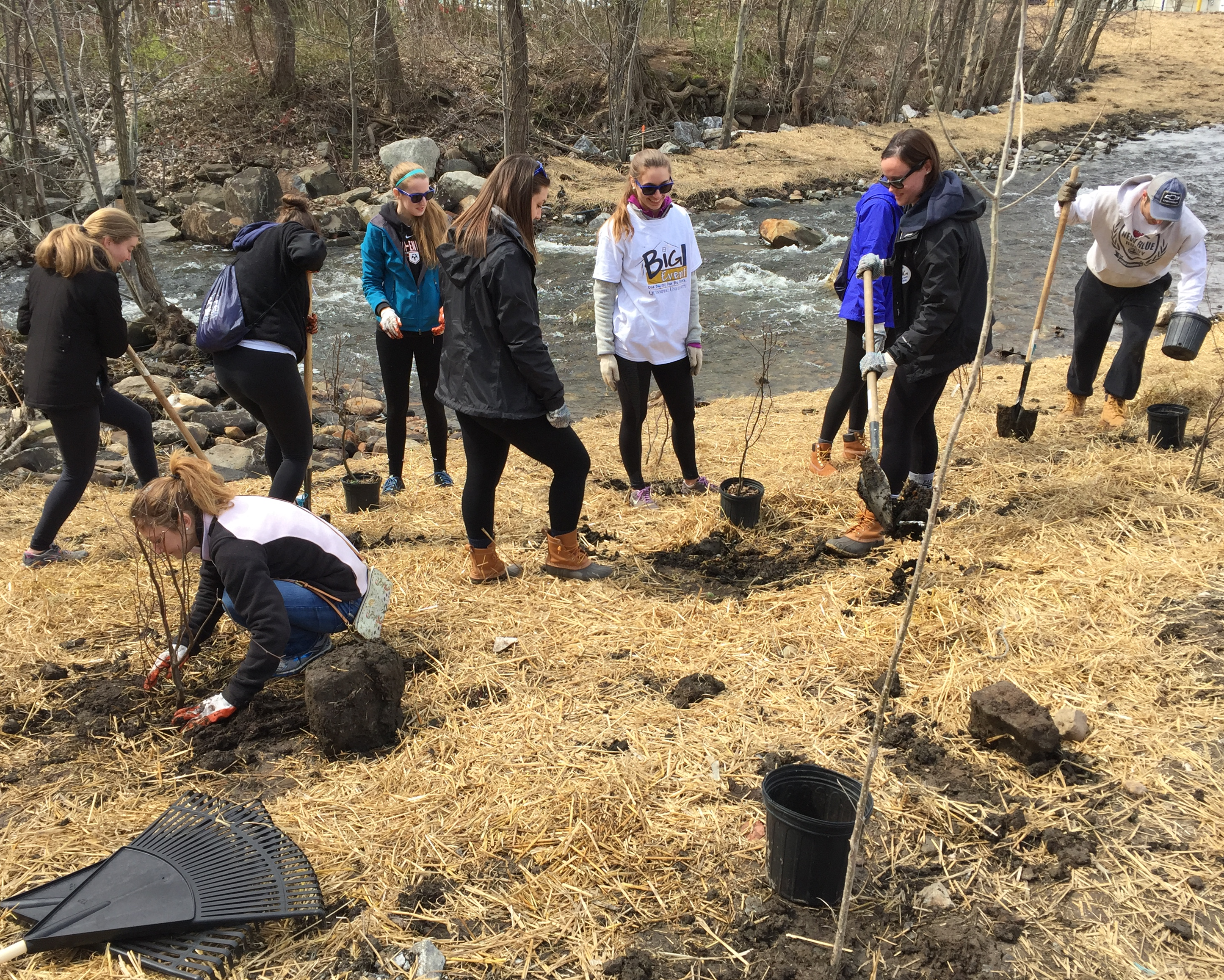 The engineering firm on the project was Stantec, and Sumco performed the construction work.

“The removal of Pond Lily dam and subsequent flood mitigation efforts would not have been possible without the hard work and dedication of the volunteers, advocates and federal officials. Connecticut must continue to restore and revitalize natural resources like Pond Lily for the benefit of Connecticut residents and our children’s future,” said Senator Richard Blumenthal.

“Today’s planting marks another important step forward for the families and businesses in the Westville Village District who have borne the brunt of storms and flooding for decades too long,” said Senator Chris Murphy. “The removal of Pond Lily Dam was a long time coming, and I’m excited to finally see nearly three miles along the river opened up and new populations of fish in our rivers and Long Island Sound.”

The Westville Village District has already experienced repeated flooding to homes and businesses in past storms. Removal of the Pond Lily dam will help alleviate this risk to the neighborhood and local businesses. And for the sake of West River and the surrounding communities, that’s a very positive outcome.

“I’m thrilled to see the West River run free. The dam was good for hydropower, but bad for fish, and for the homeowners and businesses in Westville,” said state Representative Pat Dillon. “An Econoline pancaked near here during Gloria from the force of floodwaters; in 2007 diners were evacuated in rowboats from the Athenian after a nor’easter. Properties were damaged; the fish were long gone. It was time for the dam to go, to let the river run free. Today’s community-wide effort is another step to the return of fish spawning and a healthy West River.”

“We are excited about the opportunities that this dam removal brings, not only in ecosystem benefits but also in benefits to the community,” said Justin Elicker, executive director of the New Haven Land Trust. The land trust owns the Pond Lily Nature Preserve. “We’re working with CFE/Save the Sound to design signs to better inform the community about the Nature Preserve’s ecology, and walking trails so residents can enjoy the restored landscape.”

To learn more about the Pond Lily project, visit here.

To read a project blog post from CFE/Save the Sound, visit here, and see a video of the volunteer cleanup here.

CFE/Save the Sound and USFWS will host another volunteer planting on May 7 at Hyde Pond in Mystic, the site of a second joint dam removal project. For more information about that event, contact restoration@savethesound.org.