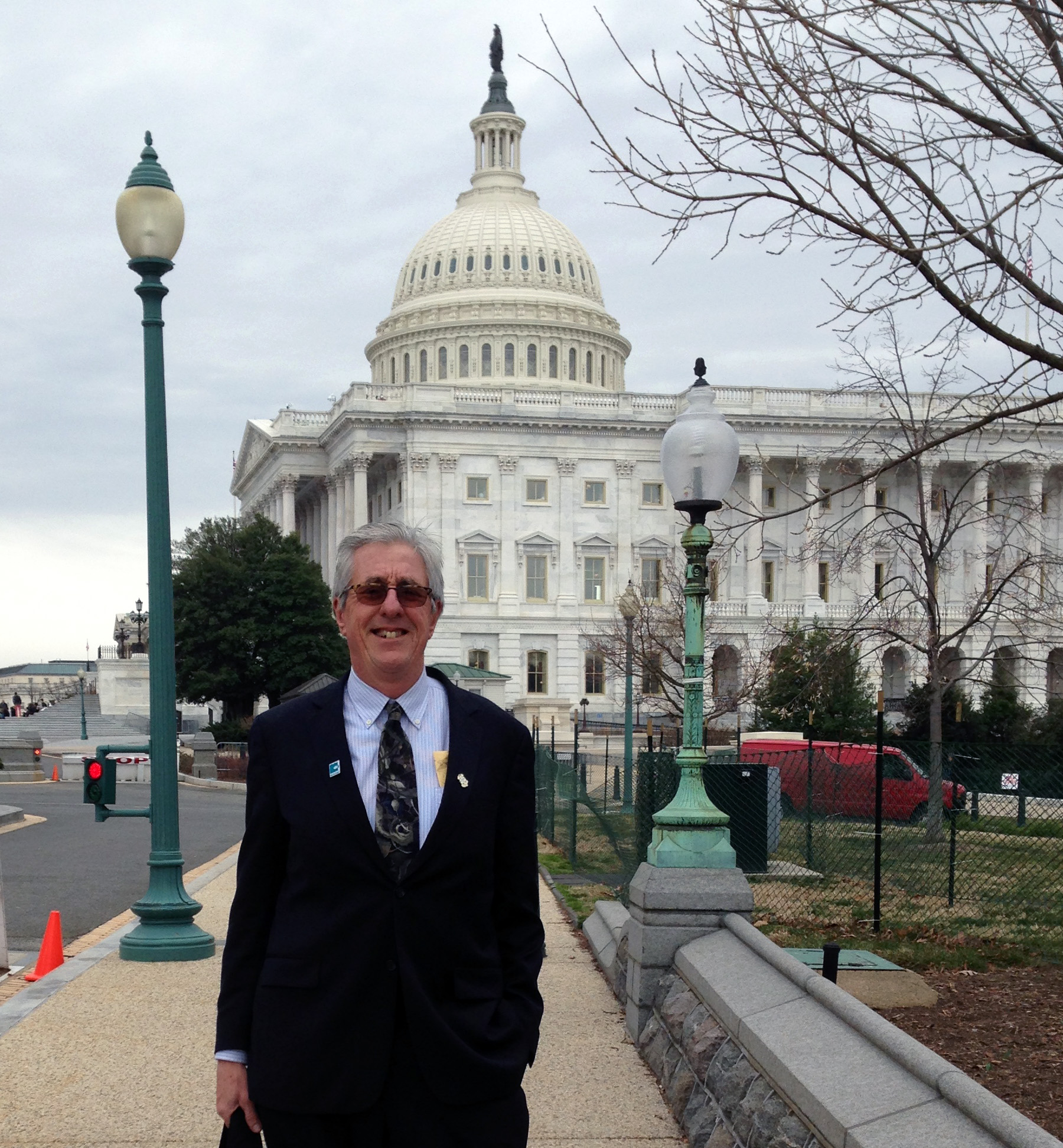 Earlier this week, Save the Sound executive director Curt Johnson traveled to Washington, D.C., to lobby U.S. legislators for support of Long Island Sound. Curt joined the board of Restore America’s Estuaries (RAE), which represents estuaries from around the country and unites around common goals. In the follow passage, Curt reflects on his journey.

I arrived in D.C. reading early news releases of our President’s budget proposals to slash EPA’s budget by 24 percent amidst rumors of other domestic spending carnage.

With trepidation I began meeting with Congressional Representatives and Senators on the Hill. After 11 visits (nine Democrats, two Republicans), I found myself reassured by the earnest dedication of our Long Island Sound Democrats and Republicans both. It’s encouraging to see continued bi-partisan coordination to restore and protect the world’s leading example of urban estuary renewal.

New York Congressman Lee Zeldin, a Republican Representative of Long Island’s Suffolk County, is the new co-chair of the Long Island Sound Congressional Caucus. He promised to do everything in his power to protect Plum Island, and to continue rallying House leadership to invest in restoring the Sound.

I thanked New York Congresswoman Nita Lowey’s chief of staff for Nita’s terrific leadership. Lowey is a Democratic Representative of Westchester County and the ranking minority member of the House Appropriations Committee. Last fall, she called the House Appropriations Committee chair the evening before the budget went up for a vote and convinced him to raise the Long Island Sound funding level from $3 to $10 million. As a result, the House Appropriation Bill included a historically high $10 million in funding for Long Island Sound pollution busting and protection projects. While that appropriation level never passed, Nita sees it as a starting point for this budget.

New York Congressman Peter King, a Republican Representative of Queen’s Nassau County, along with his staff, promised to continue supporting Long Island Sound investments and to rally other Republicans, including Congressman Dan Donovan from Staten Island.

Finally, I had a chance to meet with my own great Congresswoman, Rosa DeLauro. She has championed Long Island Sound restoration investments for over two decades and remains a powerful co-chair of the Long Island Sound Congressional Caucus.

Witnessing Republicans and Democrats working together to protect our greatest natural resource has instilled me with new hope. The center, while a bit battered, holds. And it must continue to hold — for the future of our Sound, our heritage, and our children.

Wednesday, April 8, 12:00 p.m.
Webinar: Reducing Runoff, One Rain Garden at a Time With 16 rain gardens planted just in 2019, we’re tackling runoff one neighborhood at a time. Hear from our Mill River Watershed Coordinator, Nicole Davis, about what you can do to protect your clean water right from your backyard!