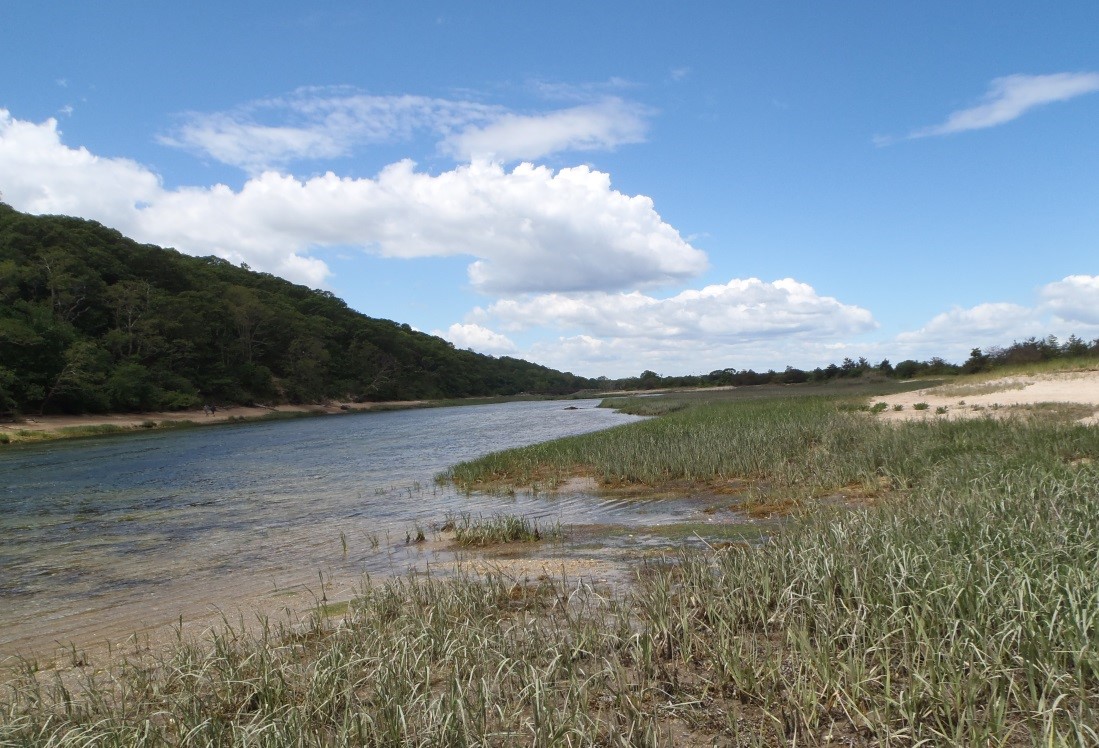 Today’s Fridays in the Field post comes from Ashley Longo, who spent the summer introducing visitors at Long Island’s most popular state park to our habitat restoration projects there.

As the Seasonal Park Naturalist at Sunken Meadow State Park, I immersed myself in the world of environmental education. As a recent college graduate, I wanted to apply what I’d learned to make a positive impact on my community and the world. After four months full of environmental events, I’m very pleased that I was able to make such an impact on the thousands of people from all over that have poured into this state park throughout the summer months.

One of the main objectives of my position was to be able to increase patrons’ knowledge on the park’s unique ecosystems, the organisms that call Long Island Sound home, and the restoration efforts that were started in the park after Hurricane Sandy hit. This was accomplished during events like “Salt Marsh Adventure” and “Citizen Scientist Sundays.”

During “Citizen Scientist Sundays” patrons were given the opportunity to help conduct environmental monitoring in the park’s salt marsh habitat. People of all ages helped conduct seine netting surveys that allowed them to gain exposure to many types of marine life they wouldn’t normally see. “Salt Marsh Adventure” attracted adventurers of all ages who wanted to explore our park’s salt marsh through a series of educational, short walks. Each walk brought new sights and new knowledge shared.

On Wednesday and Sunday afternoons, I was able to take advantage of the large, continuous crowd that poured into our state park by bringing out a portable touch tank named Sea Squirt for onlookers to see. This 17-gallon learning lab instantly attracted huge groups and it was a great way to show off the beauty of the animals living in Long Island Sound’s waters. Each week, the Sea Squirt featured a new assortment of animals. Everything from sea stars to juvenile horseshoe crabs, and from hermit crabs to whelks, were featured on a weekly basis.

Environmental monitoring was another main objective of my position. I was lucky enough to pursue my passions of conservation and preservation through assisting with piping plover monitoring as well as conducting American eel monitoring with the New York State Department of Environmental Conservation (NYS DEC). Sunken Meadow had a successful summer season ensuring the survival of five endangered piping plover chicks as well as over 30 least tern chicks. The balance between human activity and protecting an endangered species was seen daily and it was a great opportunity to be able to educate patrons as to why these birds are endangered and also what the park was doing to protect them.

From late August to early September, I partnered with NYSDEC Staff to determine if American eels were in Sunken Meadow Creek to see how upstream fish passage was evolving since Hurricane Sandy helped restore tidal flow to the creek. American eels spend most of their lives in freshwater before making long migrations to the Sargasso Sea where they ultimately spawn and die. Using an eel mop and trap, we monitored several juvenile and adult American eels using the upper creek regions as well as several hundred other fish species like Striped Killifish and Mummichogs.

Sunken Meadow State Park sustains a wide variety of flora and fauna in a brackish creek, marshes, and tidal flats. Three miles of beach meet tall, glacier-formed bluffs at the west end of the shoreline, with the view of Connecticut in the distance. This unique environment is certainly the perfect backdrop for education and outreach projects. Education is so valuable and I’m very grateful I’ve been able to change opinions, create conversation, and spread knowledge of many different aspects of the marine biology field. 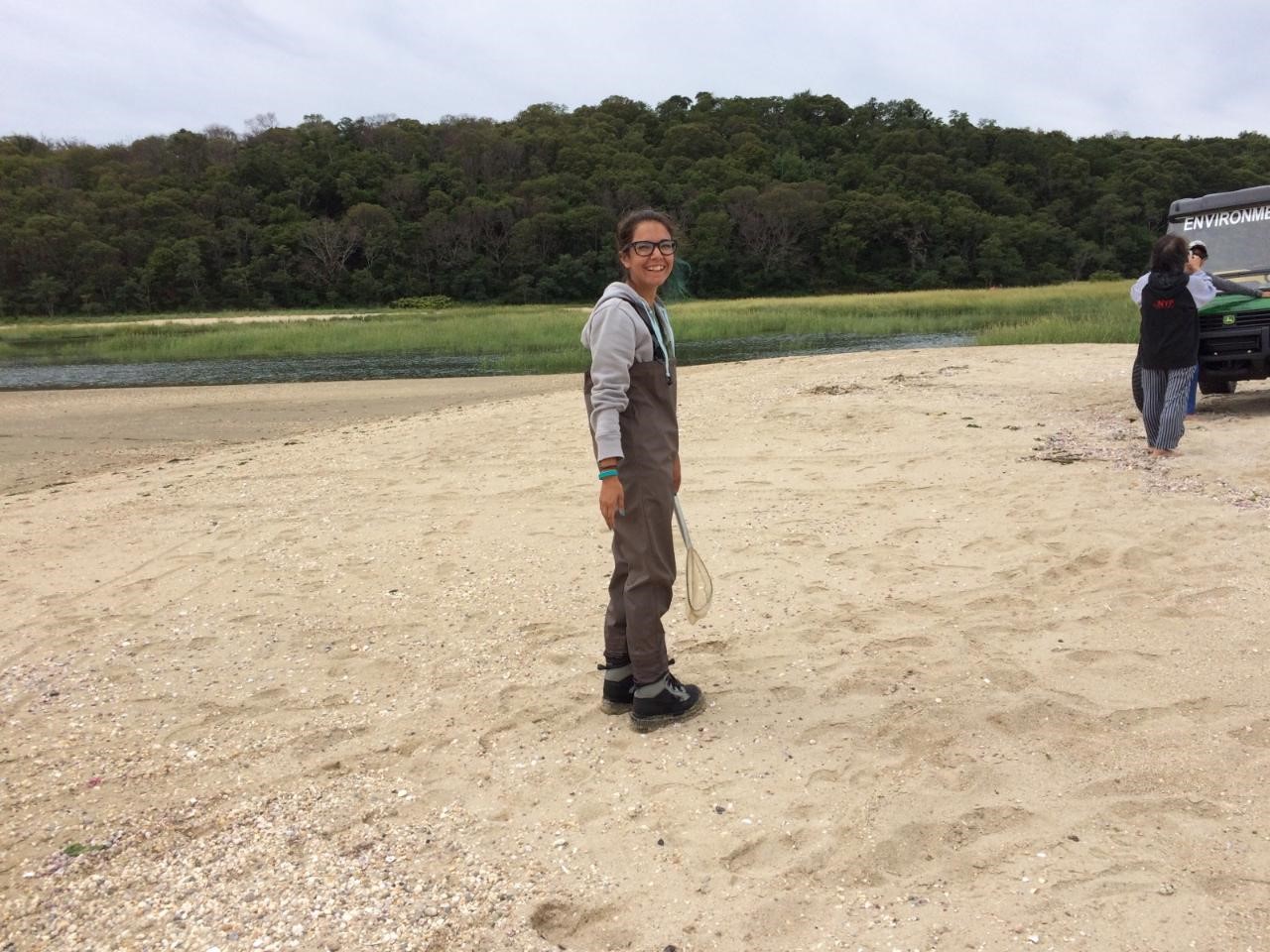 Ashley Longo graduated from Eckerd College with a Bachelor of Science in Marine Science in 2016. She was employed by NYS Parks and Save the Sound to be the Summer 2017 Seasonal Education and Outreach Steward at Sunken Meadow State Park. She has previously worked with the Peconic Estuary Program and the Riverhead Foundation for Marine Research and Preservation.