It’s been a year of change for the environment: in every season, in every layer of government, and even at CFE/Save the Sound itself. Let’s take a trip down memory lane together, as we explore the paths traveled this year, both rutted and smooth, and some issues we’ve tackled along the way—with your help.

Bitter Cold Rollbacks
When climate-denier and self-avowed foe of the Environmental Protection Agency Scott Pruitt was confirmed as that agency’s head in February 2017, with a cold shiver we knew we’d have our work cut out for us. (Read about it here.) Sadly, some of our worst fears have come true as the new administration weakened enforcement of the Clean Water Act and gave the cold shoulder to the Paris Climate Agreement and Clean Power Plan. Thankfully, you’ve stepped up to keep CT and NY leaders hot to fight for strong environmental protection and clean energy innovation.

Plunging In to Save Plum Island

Conservation on a Small Island debuted in January 2017. This mini-documentary, featuring interviews with Academy Award-nominee Sam Waterston and CFE/Save the Sound’s Chris Cryder and Curt Johnson, explores Plum Island’s valuable natural resources and details our efforts to protect it. Watch it here.

On a freezing day in March, 30 brave souls ran into Long Island Sound to help save Plum Island. They raised over $3,700 for our fight to protect seals, terns, and Plum’s history!

Cold Day for Danbury’s Sewage Spills
When we discovered last winter that Danbury had been spilling hundreds of thousands of gallons of raw sewage into the Still River, we filed a lawsuit against them. Late this year, we received their agreement to pay a $100,000 civil clean water penalty and to fix their system for the future. 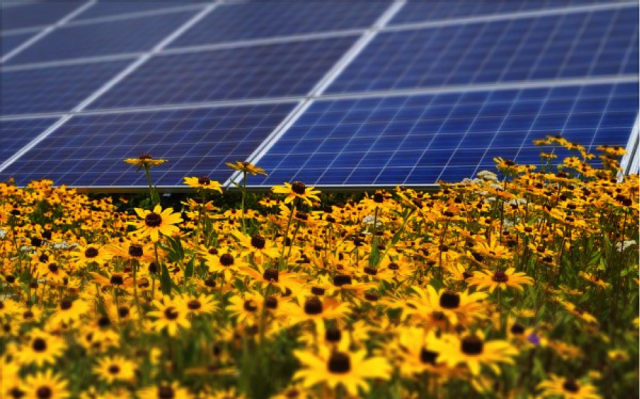 Outrage from people like you helped stop a bill to give Millstone Nuclear Power Station a ratepayer-subsidized bailout at the expense of clean, green renewables. CFE continues to fight any deal that would cripple the growth of clean energy; instead, we are pushing to replace Millstone’s power with renewables by the time its license expires.

Another Power Plant is Pushing Up Daisies
When NTE Connecticut, LLC tried to build another gas-fired power plant in Killingly, a low income environmental justice community already plagued by power plant pollution, we challenged it and blocked the project for the time being. The Connecticut Siting Council unanimously voted to deny the application because NTE failed to establish a need for another facility and the Council could not find public benefit from it. We are staying vigilant and will be ready when they try to come back.

Planting Seeds at Springtime Session
In March, CFE/Save the Sound co-hosted an Energy Lobby Day to give you the opportunity to tell state legislators what YOU want Connecticut’s clean energy future to be. We were on hand to connect folks with their legislators to tell them Connecticut must dump dirty fossil fuels and be a leader in solar and wind.

Unified Water Study Blossoms
Harbors circling Long Island Sound received extra attention this year thanks to leadership from our Save the Sound team. Now data collected by “Sound Sleuths” on 22 bays and harbors will use the same scientific procedures, making the data much more powerful in our efforts to eliminate algae blooms and protect coastal habitats. Watch videos profiling the effort all around the Sound! 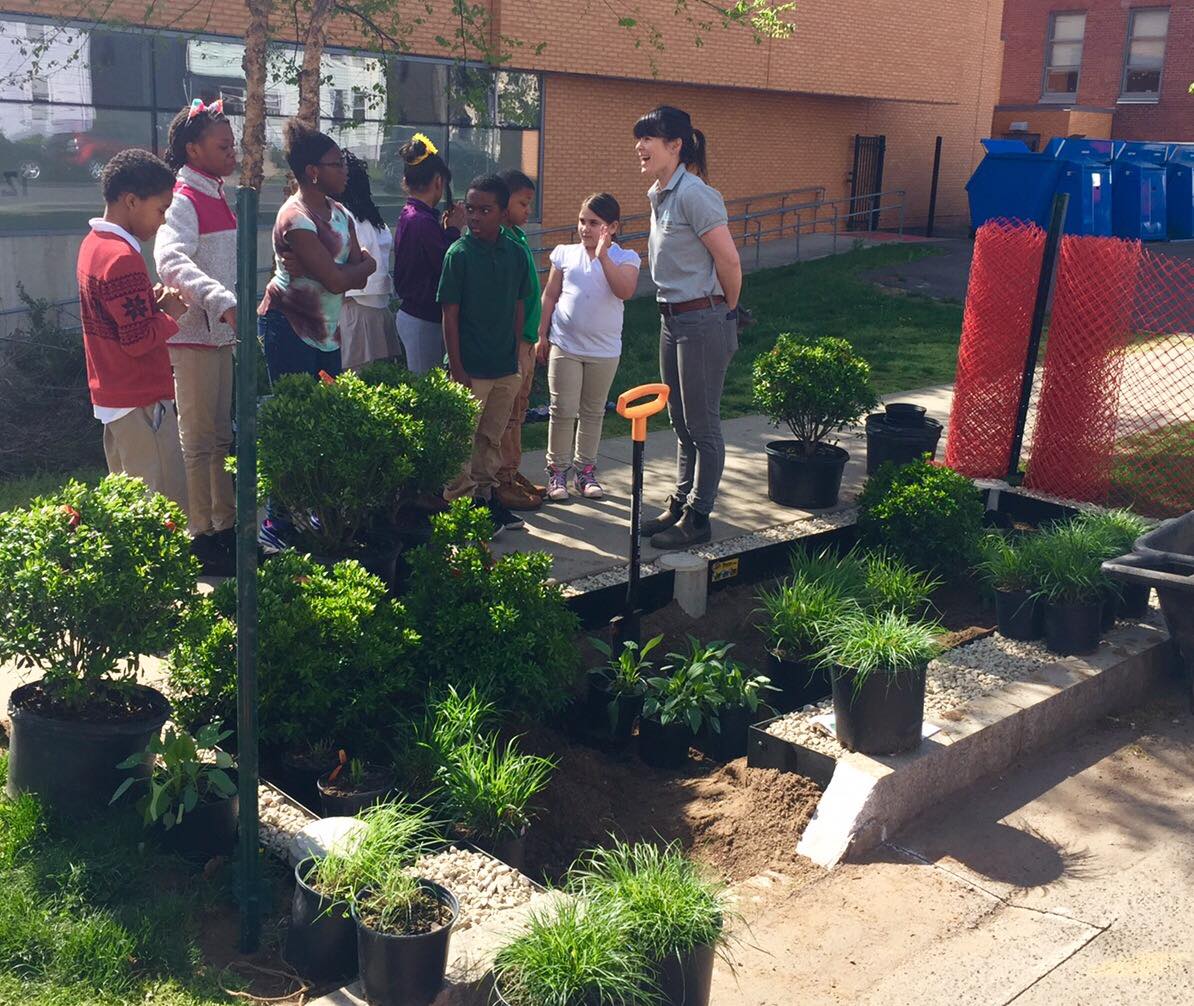 Fourth-graders from the Troup School in New Haven dug in and planted four new bioswales with native vegetation. These rain-loving gardens will capture and filter polluted stormwater runoff from more than half an acre of roadway and sidewalk to prevent it from flowing into the West River and Long Island Sound.

The new gardens are the latest in Save the Sound’s initiatives to restore the West River while getting local youth excited about stormwater management.

The leniency the EPA is now granting to polluters is why it’s so important that the legacy of Soundkeeper lives on. Bill Lucey, the new Long Island Soundkeeper, has started traveling all over Connecticut and New York in his new role as watchdog, patrolling bays and harbors, acting as the Sound’s voice and advocate. Thanks to you, he has a new boat and engine so he will be able to zip and zag across the Sound all summer.

Legal Bees in the Bonnet
We took several stinging legal actions this summer to protect our region’s residents from environmental harm. When Pruitt’s EPA failed to take action to regulate a Pennsylvania coal plant that pollutes Connecticut and New York air, we sued them to enforce the law. In addition, when EPA failed to impose standards that would protect New Yorkers from health impacts of raw sewage overflows, we filed a federal Clean Water Act lawsuit requiring them to do so. We also got court orders for two Westchester towns to stop sewage overflows by fixing their systems.

In August, we mourned the loss of our colleague and finance director, Danielle Bradley. She was a bright light that went out too soon. Our thoughts are with her son Scotty and the rest of her family.

A Time of Transition
This year Don Strait hung up his hat after 25 years as our president. Curt Johnson, who has himself held many leadership, legal, and advocacy roles at CFE/Save the Sound since 1993, has taken the helm to continue the vision: a healthy Sound, clean air, protected lands, and an empowered citizenry. Thanks for your decades of leadership, Don!

Fall Cleaning for the Sound 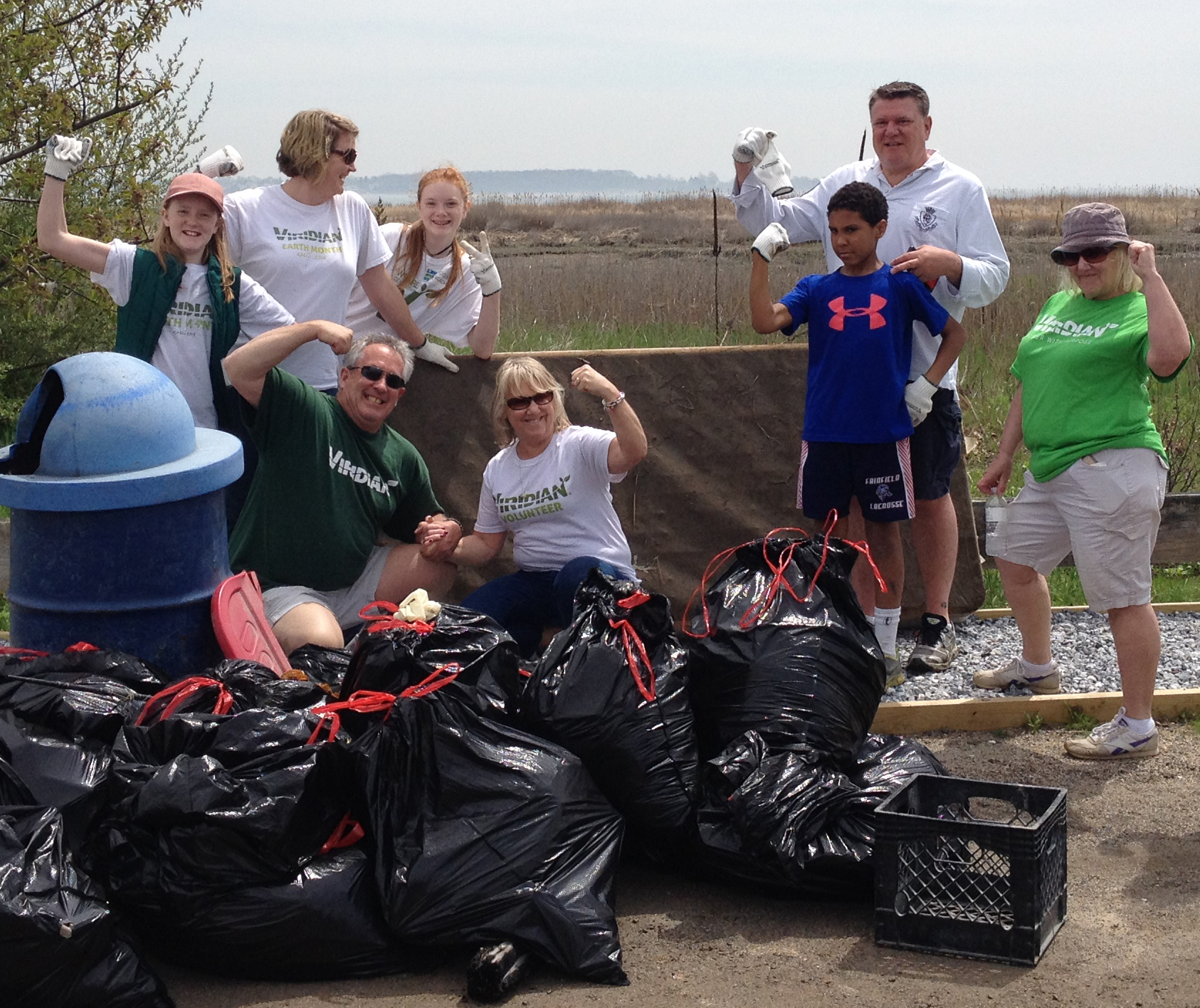 Plum Island Harvest
As the beach plums ripened on Plum Island this past fall, so did our campaign to save Plum Island. Thanks to people like you we’ve collected over four thousand petition signatures and the Preserve Plum Island Coalition has grown to a strong 95 members, with a refreshed website full of resources. A busload of advocates traveled in September to Washington, D.C., to lobby for the two Plum Island protection bills in Congress.

New State Water Plan and Website
Connecticut’s Water Planning Council released their draft of the state’s first water plan this past fall. The Council heard from organizations, businesses, environmental groups, and folks like you who all want to protect and ensure clean water for Connecticut. The water plan draft is now headed to the legislature for a vote. Visit the new water website created by CFE/Save the Sound in partnership with Rivers Alliance Connecticut at www.ourwaterct.org.

NYC Nitrogen report: Bright Lights, Big City
Glittering skyscrapers created an impressive backdrop as we announced our new report on New York City nitrogen pollution. Save the Sound expressed that everyone deserves clean water and that Bronx and Queens residents with Long Island Sound at their doorstep deserve better access to it. The East River, which has long polluted the western Sound with excess nitrogen that leads to fish kills, is on the mend as sewage treatment facilities get the technology upgrades they need. 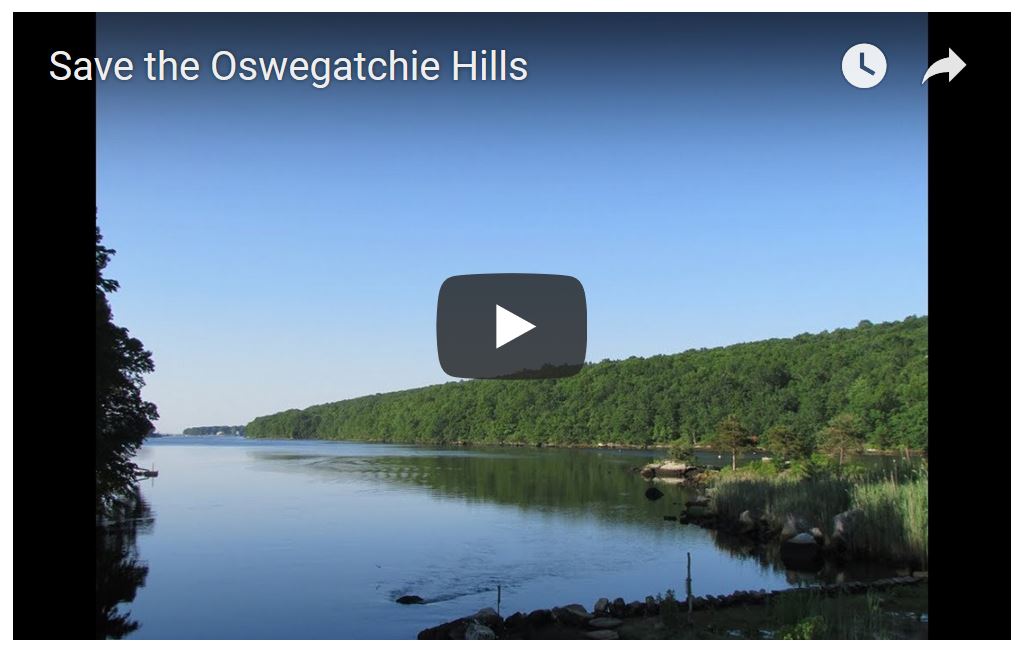 As the banks of the Niantic River glowed with the shades of autumn, all eyes were on our new Save the Oswegatchie Hills video. Grassroots regional support continues to grow to save this important coastal forest on the Niantic River in East Lyme, Connecticut, with hundreds of petition signatures and over 20 organizations actively engaged in the Save Oswegatchie Hills Coalition.

Making Climate Resolutions
In November more than 160 folks like you submitted comments advocating for 55% reduction in Connecticut’s carbon emissions by the year 2030, pushing back against those who wanted a much lower target. Thanks to you, we’ve succeeded in a tentative agreement that the 2030 target should be within a 40-50% range and we are pushing for a minimum of 45% for the upcoming vote in early 2018.

WITH YOU AS OUR GUIDE

With you beside us, we can tackle anything along the path to a bright future: protected lands, clean waters, and fresh air.

Will you walk with us?