Microplastics are an often unseen but growing threat to the world’s soil and water. The Oxford English Dictionary defines them as “Extremely small pieces of plastic debris in the environment resulting from the disposal and breakdown of consumer products and industrial waste,” and many scientists specify they’re pieces of plastic smaller than 5 millimeters (mm).  To give you an idea of what this looks like, below are plastic pieces trawled from Sound waters off of Lordship, Stratford, on a grid where each cell is 5 mm2. 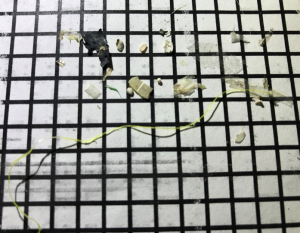 To tow the trawl, a donated aluminum boom was welded and installed on the Soundkeeper’s patrol boat by Derecktor’s Boat Yard in Mamaroneck, NY. (A special shout out to Derecktor’s manager, Micah, for his help!) 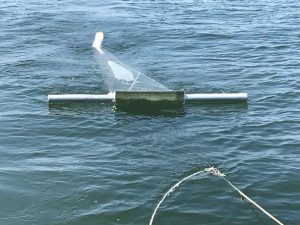 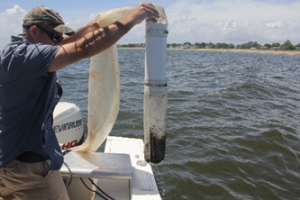 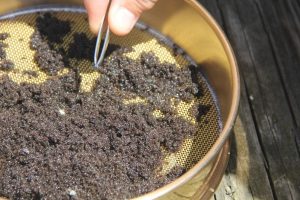 The manta trawl is towed through the water at low speed and water passes through the opening, with plastics and other material becoming trapped in the collection end.  Several volunteers assisted sorting through the algae, jellyfish, and tiny juvenile Asian shore crab to quantify the amount and type of plastics.

HOW BAD IS IT OUT THERE?

The first step to approaching any problem is to define the scope. Unfortunately, the scope of the microplastics problem in Long Island Sound appears substantial. The University of Connecticut has estimated the Sound holds 5,000 microfibers per cubic meter, and every time a manta trawl was deployed this summer it harvested various types of microplastics from the surface.

This table summarizes the catch from 2018. For each category, the first number represents plastic pieces less than 5mm and the second pieces larger than 5mm.

There are several other, scientifically rigorous initiatives looking at the issue already underway in Connecticut:

SO WHAT CAN BE DONE?!

The group met twice in the fall of 2018 and there is a draft report from Connecticut Department of Energy and Environmental Protection summarizing the issue and possible solutions to microfiber pollution from clothing.  We will link a copy of the report to this blogpost once it is finalized. 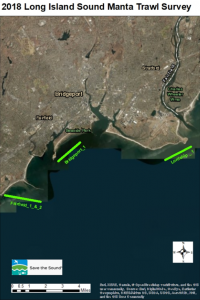 In the meantime, there are many other things we can all do to start eliminating the scourge of plastics on our planet.

Here is some more reading on recent efforts to deal with plastics.

How to reduce your own impact: OceanCleanWash.org

Momentum is building globally to finally take on this problem.

Thanks to all of you pushing for solutions—let’s keep it up!

Saturday, April 24
Rock to Rock - Help protect your regional environment while enjoying time outside with your local community. Cycle, walk, run, or hike on one of the given routes in New Haven during the April 24 event, or participate on your own from wherever you are.