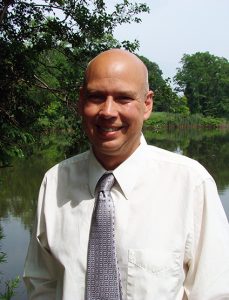 CFE/Save the Sound Senior Legal Counsel Roger Reynolds gives an update on how we’re using the law to protect your environment at this key moment:

I have no doubt that in the future we will look back on this moment in time and see it as a critical one for the environment—one way or the other. We can choose to continue our hard-won progress on cleaning up Long Island Sound, start to meaningfully address climate change, and protect our last pieces of open space. Alternatively, those that are so strenuously seeking to obstruct or reverse our progress could enjoy unprecedented success. Much will depend on how the environment fares in elections, Congress, and state legislatures.

In the meantime, though, we are doubling down on our efforts in the courts and administrative agencies, using existing environmental laws to protect our wins and make further progress. Here’s what we are working on right now:

Plum Island is a remarkable, secluded spot in eastern Long Island Sound that functions as a de facto wildlife preserve. When the federal government reached a decision to sell it to the highest bidder, we brought a federal lawsuit to have the process declared illegal on environmental grounds. After we won a motion to dismiss, the federal government went back to the drawing board and announced they were going to “re-do” parts of the process. Thus, there will be a new public process to consider the island and its environmental value and we will be there. We have also kept our lawsuit alive, so that if the government fails to get it right the second time, we will be right back in court.

The latest salvo in the two-decade-long legal battle to save the Oswegatchie Hills and Niantic River from destruction by a high density development will happen later this summer. On August 26, we have a trial on the developer’s administrative appeal.  We have always believed that the highest and best use of this last mile of waterfront and steep-sloped property is preservation, and we will continue working with the passionate local conservationists to make that a reality. 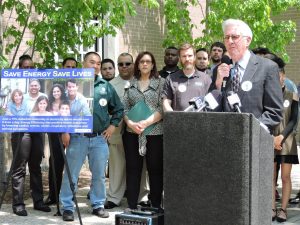 Our lawsuit against the State of Connecticut for unconstitutionally diverting ratepayer funds paid for energy efficiency and clean energy was unsuccessful in District Court but we are continuing to advocate in the courts and elsewhere.

On its third attempt, the Killingly Energy Center (KEC), a 650-megawatt gas plant, obtained a Certificate for Environmental Compatibility and Public Need from the Connecticut Siting Council, allowing construction and operation to move forward, despite our challenge as intervenors. As presently permitted CT DEEP, the plant would be allowed to emit more than 2.2 million tons of carbon dioxide per year—5 percent of Connecticut’s total statewide greenhouse gas emissions from all sectors—with no requirement to limit or reduce these emissions despite Connecticut’s aggressive commitment to reduce statewide emissions 80 percent by 2050. We continue to challenge KEC and other new fossil fuels plants at this critical juncture, and have filed a petition for reconsideration with the Siting Council. 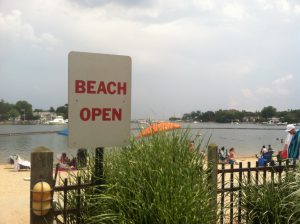 Our campaign to eliminate sewage discharges to Long Island Sound and its tributaries is gaining steam. After we filed a lawsuit, Westchester County and towns that discharge to the Sound have finally started making progress on fixing their decaying systems that spill sewage into local waters. In Connecticut, actions and discussions with Bridgeport, West Haven, and others are resulting in real enforceable plans to finally stop their chronic raw sewage discharges.

As for nitrogen that contributes to dead zones, thanks to our petition, the City of Springfield and other Massachusetts towns will for the first time have enforceable limits on nitrogen discharges that reach the Sound through the Connecticut River. Further progress will await the conclusion of EPA’s comprehensive Long Island Sound nitrogen study.

Wednesday, October 27, 6:00 p.m.
Webinar: What is TCI? A Conversation on CT's Clean Transportation Future - What does Connecticut's transportation future hold for state residents? How can community leaders, elected officials, and state agencies all work together to support a climate resilient Connecticut? Learn more about the proposed Transportation & Climate Initiative from our esteemed panel.