New Haven, Conn. – Today the Trump administration announced that it is revoking the “California waiver,” which allows California to set standards for vehicle emissions that are more stringent than federal standards, and allows other states to choose to follow either the federal or California standards. New York was an early adopter of California’s standards, and Connecticut adopted them in 2004. California has already announced it will pursue legal action to protect its waiver. 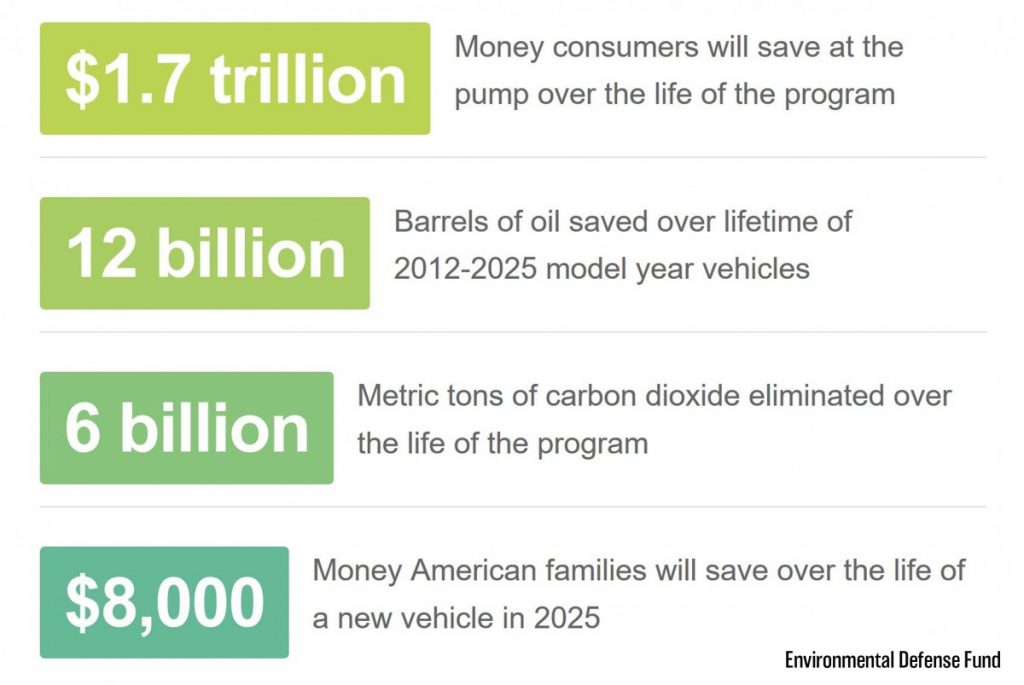 “States have every right to protect their residents and environment from avoidable air pollution. In Connecticut, New York, and other states, the clean car revolution is already here: fuel economy for gasoline cars and trucks continues to improve, saving families money at the pump; more people than ever are buying electric vehicles; and strong standards are driving jobs and innovation for American companies. The reduced carbon emissions from these cleaner cars also limits climate pollution that harms our natural world.

“Why would the administration choose to reverse that progress? Revoking the waiver invites unnecessary litigation, and will only delay the implementation of clean vehicle standards and the increasing market adoption of advanced technology vehicles that benefit all Americans. We urge the EPA and President Trump to rethink this move and let state choice on Clean Cars standards stand.”

“Revoking the California waiver would be a huge mistake and is likely beyond the authority of the Trump Administration or the EPA. The federal Clean Air Act (the source of California’s authority to set its own vehicle emissions standards) authorizes the EPA to approve or reject a vehicle emission waiver submitted by California, but it doesn’t give EPA the authority to revoke a waiver once granted. Further, there is a clear presumption in the Clean Air Act in favor of approval. The grounds upon which a waiver can be rejected are very narrow, and tied to the need for stronger standards and their technological feasibility. EPA already found that California met that standard when it granted the current waiver in 2013.

“When we helped pass Connecticut’s Clean Cars standards in 2004, it was with broad bipartisan support and the backing of public health experts who knew how critical those practical pollution limits are. Without them, the 40% of our air pollution that comes from transportation will keep pumping out of tailpipes and Connecticut will have a hard time meeting its climate protection targets.

“As an early adopter of the cleaner California tailpipe standards, New York helped to lead the way for additional states—now numbering more than a dozen all told, plus the District of Columbia—to follow suit. This illustrates the critical role that California’s program plays in improving the health and welfare of citizens throughout the United States. California’s clean car standards now govern roughly 43 percent of the market for new car sales and, as a result, nearly half of the country’s population now enjoy the benefits of less-polluting vehicles and cleaner air.”