Another year of our work in the Connecticut legislature results in a mixed bag of environmental laws.

The Connecticut legislative session ended on Wednesday night after another successful year! Highlights included victories for clean energy and The Preserve and a big battle over keeping fracking waste out of Connecticut.

CFE/Save the Sound advocated for legislation including:

Continue reading for reactions to the most important bills in our focus areas. (Most bill links go to plain-language analysis, rather than legislative language).

A huge victory for land conservation this year is found in S.B. 29, in the form of $2 million towards purchasing The Preserve, the 1,000-acre forest in southeast Connecticut. “Everything is finally coming together to permanently conserve this beautiful coastal treasure,” said Chris Cryder, special projects coordinator. “As a stopover for migratory birds, a purifier of drinking water, a refuge for bobcats and rare amphibians, The Preserve is a unique and priceless opportunity. The state funding joins support from citizens, towns, and the federal government to help us all come together to protect the land we love. We thank the governor and legislature for helping make this a reality.”

A bill to regulate excessive tree removal by Connecticut utilities is another major success. Trees are critical to the environment, public health, and the character of our neighborhoods. While much work remains, H.B. 5408 places some meaningful limits on the ability of utility companies to cut trees at will. The bill:

Roger Reynolds, legal director for CFE, said, “This is a substantial rebuke to the utilities’ proposals that would unnecessarily remove large numbers of healthy trees that don’t threaten utility lines. But we must remain vigilant if we are to protect trees in our communities.  If municipalities, tree wardens, and residents are not vocal, the utilities will continue to overcut in a way that optimizes their bottom line rather than infrastructure or tree protection.”

Some bad bills were blocked this session:

“It is disturbing that such blatantly anti-environmental measures can get any support in the legislature. These are direct and unsubtle attacks on our public health, safety, and environment by powerful special interests and a potent reminder of the need to be vigilant against those who would put profits above the well-being of our communities,” said Reynolds.

A bill to limit natural gas leaking from utility transmission lines passed unanimously in the House and Senate. “As natural gas infrastructure expands throughout the state, it is essential to prevent additional greenhouse emissions from leaky pipes and equipment, especially those that cost ratepayers money for gas that never even reaches their homes,” says Lauren Savidge, staff attorney at CFE. “H.B. 5410 will save consumers money and protect our climate from methane gas emissions. We thank the dedicated energy committee co-chairs and the bipartisan leadership for their work on this.”

Both houses passed a large energy bill, S.B. 357, which makes major strides forward for recycling and resilient energy in Connecticut. The bill:

“Recycling is the only long term sustainable way to handle Connecticut’s solid waste and this bill puts us on a solid track to get there. We would rather not see a guaranteed market for incinerators in the meantime, but that just increases the urgency to move forward with the recycling goals,” Savidge said. “Microgrids are a win-win solution: they clean our air by deploying renewable energy projects and reducing the need for old and dirty power plants during peak demand, and they increase grid reliability and make our communities more energy resilient in the face of major storms.”

The shared clean energy bill, unfortunately, did not move forward. It would have opened renewable energy to many more consumers by letting renters or homeowners without a suitable roof for solar panels subscribe to a shared clean energy project. The bill had strong support from stakeholders and legislative leadership and we hope to pass a bill promoting this and other local shared clean energy solutions next year. 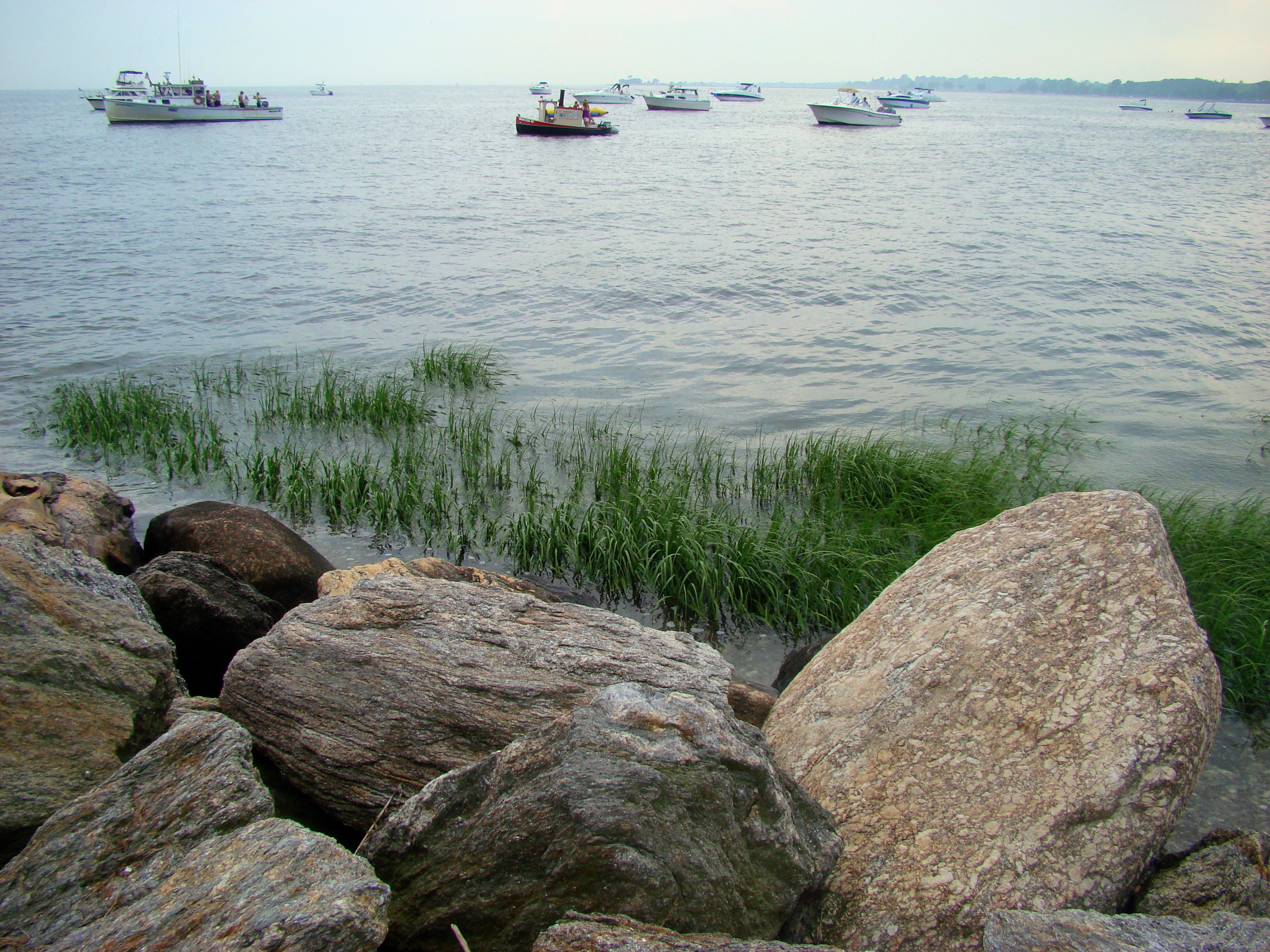 Fracking waste legislation is on its way to the Governor for his signature. S.B. 237 “keeps toxic fracking waste out of our state temporarily, provides time to analyze the rapidly-developing science around its impacts, and partially closes the federal loophole that would otherwise let fracking waste slip through Connecticut’s hazardous waste laws,” says director of legislative and legal affairs Leah Lopez Schmalz. “We will use the three-year moratorium to ensure that the next steps needed to fully and permanently protect our state are taken.” Ultimately, Save the Sound believes that banning fracking waste is in the best interest of the state’s citizens and environment—a position widely shared by the public and by Connecticut’s major newspapers.

The Blue Plan bill, which passed the Senate unanimously, was not passed in time by the House. S.B. 312 would have used Coastal and Marine Spatial Planning (CMSP) to allow the state to better plan uses of and protect Long Island Sound’s natural and cultural resources. Schmalz says, “After nearly a decade of fights over projects like Broadwater, we’re disappointed that Connecticut is not following other New England states in developing a critical tool to catalog the Sound’s numerous resources, analyze how they’re currently used, and plan for a healthy, sustainable future.”

H.B. 5417 established a fishing season for glass eels, the juvenile form of the American eel. Schmalz said, “Glass eels are critical parts of the ecosystem, and it is bad public policy to build a new fishery for a species that has become so depleted that the federal government is considering listing it on the Endangered Species List. Save the Sound has devoted significant funding and efforts to ensure migratory access for eels in Connecticut and we would like to see that investment and environmental benefit preserved, not exploited.”

This session, the Vulnerable User bill finally passed, which makes roads safer for cyclists, pedestrians, and wheelchair users by permitting the levying of fines on drivers who harm them.

There was good and bad news for transportation budgets:

“We’ll continue to build awareness by legislators and the public of the need to invest seriously in Connecticut’s transportation system and how a robust transit network cleans our air and improves quality of life for all state residents,” said Karen Burnaska, coordinator of the Transit for Connecticut coalition.

The bond package, which passed overwhelmingly in both houses, funds capital improvements throughout the state. S.B. 29 highlights for the next fiscal year include:

Our allies worked hard this session on important steps to protect state lands, provide for statewide water planning, and limit the impact of pesticides.

S.B. 70 is an important first step to help permanently protect state lands that are valuable for conservation, agricultural and recreational purposes through conservation restrictions. It passed unanimously in both houses.

Connecticut has highly regulated pesticide use on K-8 school grounds for many years, but not at high schools. Legislation this session attempted to extend this protection to all children, but unfortunately did not get through.

Please take a moment to call or email your state senator and representative and share your thoughts about this session’s outcomes. To get the latest from CFE/Save the Sound about the policies that affect our state’s environment and Long Island Sound, sign up for our email alerts.

3 thoughts on “It’s the end of Connecticut’s Legislative Session!”

Tuesday, December 1, 7:00 p.m.
Environmental Trivia Night Giving Tuesday is December 1 this year. Join us for a virtual closing event and test your knowledge of all things environmental! Tickets will be $10 per person, and all proceeds will go toward protecting our regional environment.