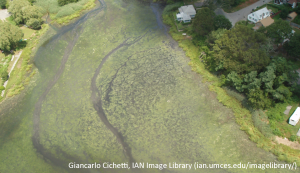 New Haven, CT and Mamaroneck, NY — Save the Sound and seven other environmental organizations are applauding the U.S. Environmental Protection Agency on their vision in releasing a new comprehensive strategy to slash the nitrogen pollution that has been devastating Long Island Sound’s ecosystem for decades.

Significantly cutting nitrogen inputs will help heal the Sound by:

In response to EPA’s renewed commitment, the petitioners are suspending further legal action on the petition, the eight organizations informed EPA in a letter on February 19. The petitioners will focus on supporting swift implementation by the states that drain to Long Island Sound and will re-instate the petition only if the strategy is not implemented or enforced.

“Nitrogen pollution has been sucking oxygen out of the Sound, destroying marshes, and fueling toxic algae blooms for too long. The EPA’s new strategy to slash it is comprehensive and strong,” commented Curt Johnson, executive director of Save the Sound, a bi-state program of Connecticut Fund for the Environment. “We will hold off on further legal action to give EPA, New York, Connecticut, and towns and cities all around the Sound the chance to transform a great game plan into concrete action that will restore Long Island Sound’s web of life.”

“If implemented and enforced, the strategy will go a long way towards restoring Long Island Sound,” said Save the Sound Legal Director Roger Reynolds. “We will work with EPA and the states to meet the deadlines set out in the plan and remain ready to re-instate our petition if and when necessary to achieve the strategy’s goals.”

“Last summer we witnessed massive fish kills, turtle die-offs, toxic tides and closed beaches. We cannot let this become the ‘new norm.’ We are excited and encouraged that the EPA is aggressively pursuing an action plan that will rescue bays and harbors, ensure more oxygen in the western Sound, and tackle nitrogen input from the three main rivers originating from northeast states. Swift implementation will be the key to saving the Sound. We look forward to this renewed EPA effort,” said Adrienne Esposito, executive director of Citizens Campaign for the Environment.

“We are pleased that this strategy is looking all the way upstream in order to ensure that responsibility for the Sound’s health includes sources of pollution beyond Connecticut and New York,” said Andrew Fisk, PhD, executive director of Connecticut River Watershed Council. “The Connecticut River contributes 70 percent of the freshwater entering the Sound and so Massachusetts, Vermont, and New Hampshire have a role in this strategy. The Council looks forward to assisting in the implementation of this plan.”

In coordination with Save the Sound and Long Island Sound Study, EPA will host a webinar on the new nitrogen strategy on Friday, February 26 from 12:00pm to 1:00pm. The online presentation, which will be geared towards scientists and policy-makers, is open to the public. Interested parties may contact events@savethesound.org for further details.

Save the Sound is a bi-state program of Connecticut Fund for the Environment with an established 40-year track record of restoring and protecting the waters and shorelines of the Sound. From its offices in Mamaroneck and New Haven, Save the Sound works for a cleaner, healthier, and more vibrant Long Island Sound where humans and marine life can prosper year-round. Our success is based on scientific knowledge, legal expertise, and thousands of ordinary people teaming up achieve results that benefit our environment for current and future generations.