The Elements of a Memorable Year

After talking to folks all around Connecticut and New York, we know a lot of you are ready to find a fresh start in 2017. But we can’t let 2016 slip into history without acknowledging some of the great achievements and victories you were part of this year. From cleaning Long Island Sound and restoring wildlife habitat to saving beautiful landscapes and safeguarding the climate, you made major strides in 2016. Thank you! Read on and let us know your favorites in the comments. 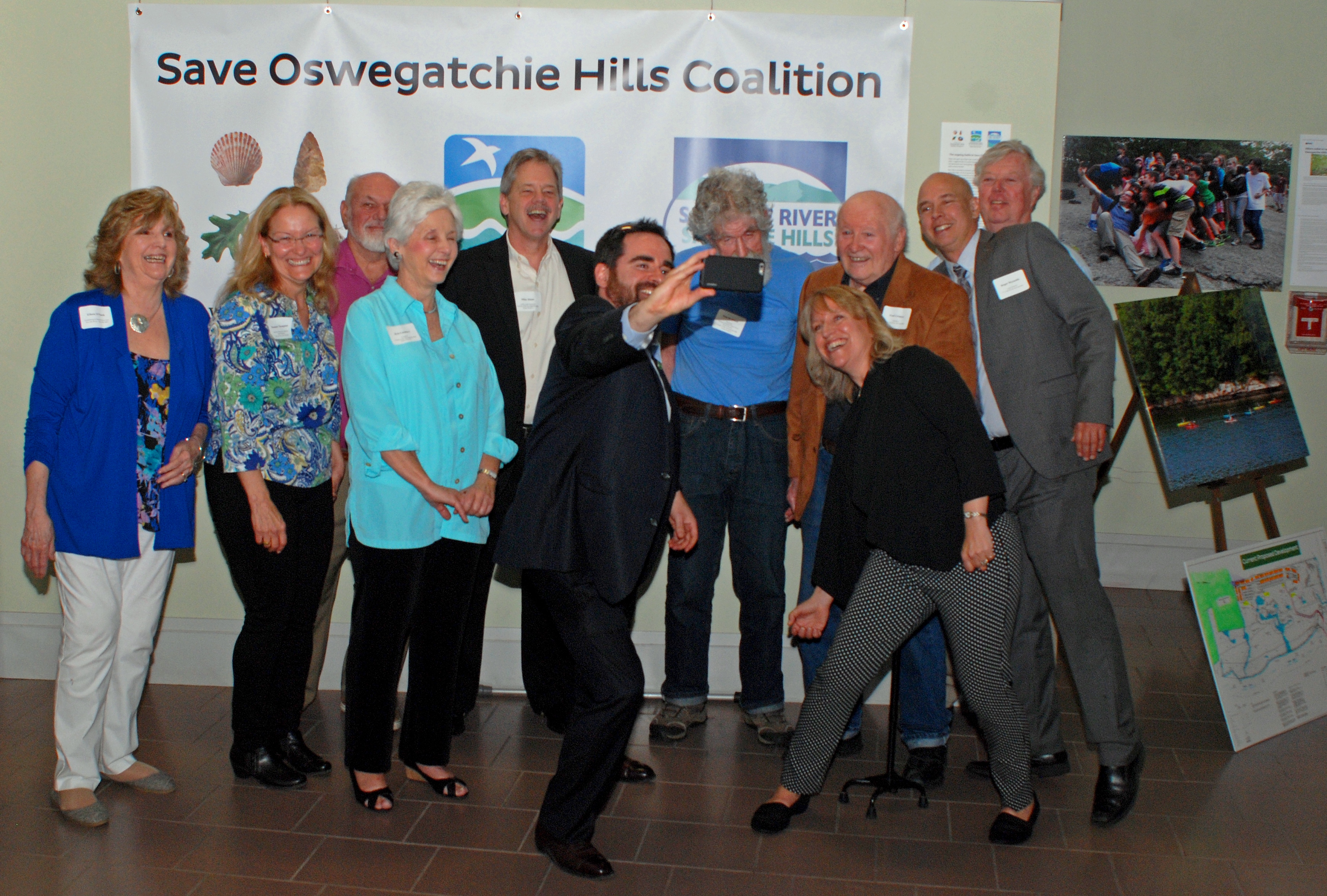 CT DEEP Commissioner Rob Klee takes a selfie with founders of the Save Oswegatchie Hills Coalition on June 9, 2016. Photo by Deborah Beckwith.

“We abuse land because we see it as a commodity belonging to us,” writes Aldo Leopold. “When we see land as a community to which we belong, we may begin to use it with love and respect.” By supporting CFE/Save the Sound, you have strengthened targeted efforts to protect, respect, and love the land of Connecticut and the Long Island Sound region.

Working together to save Plum Island
CFE/Save the Sound and the 70-member Preserve Plum Island Coalition helped garner 24 co-sponsors of HR 1887, a federal bill to temporarily halt the sale of Plum Island and require a new study of alternatives. Listen to Congressmen Joe Courtney speak about the bill before its unanimous passage in the House of Representatives.

Visionaries, Inc. has created a short documentary about the Coalition’s efforts. The film, narrated by actor Sam Waterston, will premiere on Connecticut PBS stations on Saturday, January 14 at 7 p.m. See the trailer.

Thousands of you have joined us for a Plum Island virtual tour or the art openings of John Sargent and Robert Lorenz. We are grateful for your continued passion as you talk with your elected officials and your friends and family about the risk of losing Plum Island forever.

Restoring Long Island shoreline to protect from future storms
This past summer, 50 volunteers planted an acre of native salt marsh at Long Island’s Sunken Meadow State Park, the site of our biggest habitat project to date. Their hard work builds on efforts by volunteers in 2015 and will kick-start the regrowth of 135 acres of previously barren mud flat providing food and habitat for migratory fish, birds, and other wildlife, thanks to federal funding for Hurricane Sandy restoration and resiliency projects through the National Fish and Wildlife Foundation. The living shoreline will protect the park and surrounding areas by softening the impact of future storms and reducing erosion, while filtering runoff and creating new wildlife habitat.

The Save Oswegatchie Hills Coalition became a reality in 2016!
The January coalition launch galvanized broad public support for protecting East Lyme’s Oswegatchie Hills and the Niantic River, which would preserve almost 700 acres of contiguous forest. Throughout the year we hosted hikes of the Oswegatchie Hills Nature Preserve and unveiled our traveling display highlighting wildlife at risk and reasons it’s crucial to save the Niantic’s last mile of undeveloped, unprotected coastal forest.

Halting a pipeline across MDC lands
Building a fracked gas pipeline across lands that protect drinking water and provide some of the most popular recreational trails in Connecticut was a terrible idea, but that’s just what energy giant Kinder Morgan proposed. Thanks to massive public outcry from watchful residents like you, helpful legal rulings in Massachusetts, and the threat of our legal power, the company withdrew its proposal during the summer. 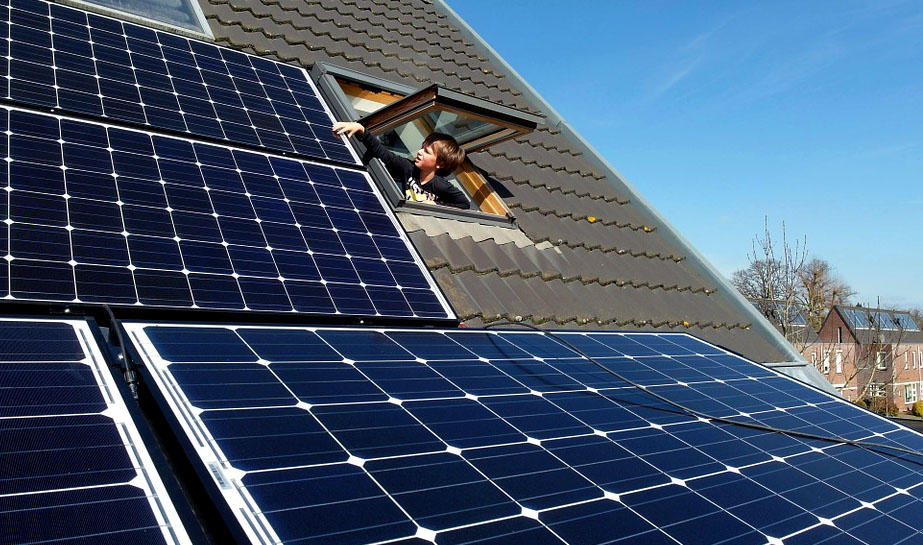 In 2016, you demanded that Connecticut’s government stop blocking Shared Solar.

Air, energy, and the climate—it’s all connected, from the air you breathe to the effects of global climate change. This year saw a CFE staffer visit the UN climate talks in Paris, and awesome local campaigns in New Haven.

Fossil fuel insiders in the cabinet?!
The incoming administration’s agency nominations don’t bode well for the environment. In the last weeks of 2016, we’ve seen climate denier and fossil fuel insider Scott Pruitt tapped to run the EPA, big oil magnate and Exxon CEO Rex Tillerson chosen as secretary of state, and scientists are so worried they are backing up important climate data so it’s accessible to the public in the future. Nearly 800 citizens and groups signed our letter in opposition to Pruitt’s appointment.

Renewable energy momentum for CT
Agency dysfunction at the federal level will make state climate efforts all the more critical. CFE/Save the Sound is partnering with other groups and the Governor’s Council on Climate Change to reach the state’s greenhouse gas targets. To do that, Connecticut must move away from dirty fossil fuel projects like the Kinder Morgan pipeline and the proposed Killingly Energy Center towards a 100% renewable future.

In last spring’s Connecticut legislative session, you demanded that the government stop blocking Shared Solar—which can make renewable energy accessible to all. You stopped Millstone from getting subsidies that are supposed to be set aside for building a renewable future, and helped pass a comprehensive electric vehicles law that lays the groundwork for slashing transportation pollution, which contributes 40% of Connecticut’s greenhouse gas emissions. And you protected millions of dollars in funds dedicated for renewable and energy efficiency programs. These steps will help clean the air you breathe and reduce pollution impacts on the climate.

“All the water that will ever be is, right now,” writes National Geographic. We all know clean water is essential to life, yet reckless industry and deteriorating infrastructure too often threaten the water you drink and the Sound we all love.

Grading the Sound’s ecological health—and tracking pollution hotspots
As the new stewards of the Long Island Sound Report Card, we are grading the quality of this urban sea’s open waters to paint a valuable picture of the region’s ecological health—from unhealthy waters in the Sound’s western end (an F) to improving conditions in the east (an A-). The biggest overall problem is high levels of nutrients that lead to dead zones and marsh damage, so the momentum to reduce nitrogen and phosphorus must continue.

During the summer, we expanded water quality sampling efforts significantly with 19 new sites in Little Neck Bay, Queens, and Manhasset Bay, Nassau County. Thirty trained volunteers joined us in collecting 669 water samples, a big increase over last year. We now test 71 locations from Greenwich, CT, through Westchester County, NY, and into Long Island. There was good news and bad news for communities around the western Sound—see our findings here!

Protecting your drinking water
Over the past year, CFE/Save the Sound fought locally to protect your drinking water by fighting Tilcon and New Britain’s deal to quarry on public watershed land, the proposal to grant the Niagara bottling plant discounts for massive public water withdrawals, for stricter environmental oversight for water withdrawals, and for a strong State Water Plan.

Freeing countless fish and restoring miles of river habitat
Taking down Clark Brothers and Carpenters dams this fall will allow migratory fish like American shad and river herring to safely spawn in the upper Quinnipiac River for the first time in more than a century. To continue riverside habitat restoration at our 2015 dam removal projects, dedicated volunteers turned out for hugely successful plantings at Hyde Pond and Pond Lily this past spring. See an awesome time-lapse video here!

Building green infrastructure to keep waterways clean
To better manage stormwater runoff in Connecticut’s cities, we installed a new rain garden and porous walkway at Connecticut’s Beardsley Zoo this year. Local youth joined us for those plantings, and another along the Pequonnock River to help filter polluted stormwater before it reaches the river and Long Island Sound. With funding secured in 2016, we look forward to bringing more green infrastructure projects to Bridgeport and New Haven next year!

You cleaned up a ton—literally—of beach litter!
You made 2016 a record year for our Coastal Cleanup program! We coordinated the largest number ever—72 cleanups—across Connecticut’s coastline as part of the International Coastal Cleanup; 1,750 volunteers of all ages kept over 2,000 pounds of marine debris off your favorite beaches and out of the Sound. Watch WTNH’s story on the effort. 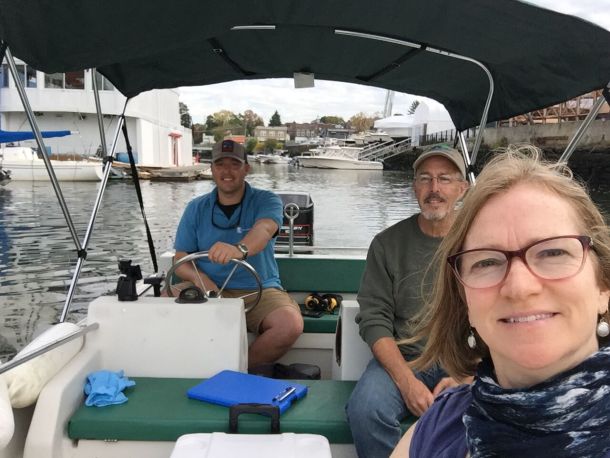 When someone hurts the environment and human health, CFE/Save the Sound has the legal firepower to bring them to justice. As your legal watchdogs, we’re fighting to stop water pollution in rivers and the Sound and to protect precious landscapes and wildlife habitat. Here are just a few of the ways our expertise is protecting natural resources.

Suing the federal government over Plum Island
We’ve warned the federal General Services Administration and Department of Homeland Security for years that their handling of the proposed sale of Plum Island violates the National Environmental Policy Act, the Endangered Species Act, and other laws. When they failed to listen, we filed a federal lawsuit against the agencies in early July. We’ll keep you updated about developments in this critical conservation case.

Stopping sewage pollution in Westchester and Danbury
In our lawsuit against Westchester County and its eleven municipalities (see news video), all parties are now engaged in settlement discussions about a cooperative regional plan to study and fix sewer pipe breaks and leaks throughout the County in a timely manner.

The City of Danbury has been polluting local streams and rivers for years, with over 450,000 gallons of raw sewage plus lead, copper, and other pollutants. We warned Danbury to clean up their act, but they didn’t respond, so in early December we filed a lawsuit.

Part of enforcing environmental laws is making sure the laws themselves stay strong! This year in Connecticut’s legislative session, threats to sensible regulation and clean energy funding brought swift response from CFE, allied organizations, and many of you. These voices, as well as champions in the legislature and Malloy administration, were able to protect clean energy funding and halt the bad bills.

And the secret ingredient—YOUR HEART

As anyone who’s seen the old kids’ cartoon “Captain Planet” knows, the final piece that brings all the elements together is Heart. Your heart—the time and passion you’ve invested in planting native flowers, writing public hearing testimony, taking water samples from your local harbor, making phone calls to officials, picking up trash at beach cleanups, and more—made all the difference for our shared environment in 2016. Thank you!

Now, take one more step and make a year-end gift to CFE/Save the Sound.

You’ll become a sustaining supporter of work to protect the land, air, and water of Connecticut and Long Island Sound, and join a network dedicated to making an impact. Members like you support work to restore rivers for fish and recreation, clean up Long Island Sound, help your region transition to a clean energy future, and protect open space.

Thank you for being on the team!