Whether you were digging in the ground alongside CFE/Save the Sound staff, testifying at the legislature, or supporting our work with your gifts, you’ve done great things for our shared land, air, and water this year. Here are just a few highlights from the work we’ve done together.

Fish migration on the Noroton River 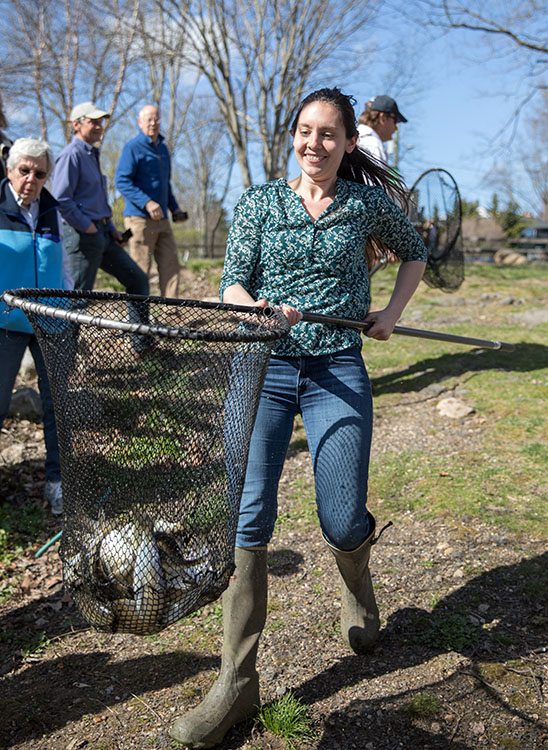 Over seven years of collaboration among Save the Sound, the Darien Land Trust, CT DEEP, and CT DOT culminated in a project that’s now allowing fish to safely swim upstream through a culvert on the Noroton River (between Stamford and Darien). The new baffles and stone ramp, completed just in time for the spring 2018 fish run, re-opened 6.8 miles of river to migrating river herring and other species for the first time in seven decades. Project partners including the Darien Land Trust and the Planet Fuel Charitable Fund celebrated at an April riverside event.

Our long-term project to restore marsh and improve water quality at Sunken Meadow State Park on Long Island continued this year, as contractors removed invasive Phragmites reeds and re-graded the surface of two acres of marsh. The marsh surface is now flushed with salty tides twice a day, which will help newly-planted native grasses thrive (learn more about how that works). Stay tuned in the spring for an opportunity to lend a hand with another planting!

Mill River gets a prescription for health

All three of New Haven’s rivers now have watershed plans to improve their water quality and public access! The Mill River Watershed Management Plan—developed over eight months of meetings and streamwalks with municipal leaders, environmental organizations, state agencies, fishermen, birders, and neighbors from the seven towns the river flows through—sets priorities and opens the door to federal and state grant programs that can help our communities restore the river. Read the Register’s front-page article. 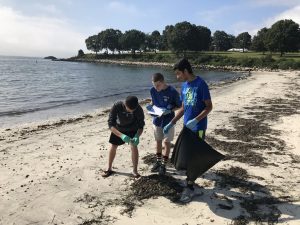 From rain gardens to coastal cleanups, you weren’t afraid to get your hands dirty in 2018. Over 100 students helped with rain garden installations, park cleanups, and streamwalks. And more than 1,400 volunteers participated in Connecticut’s annual coastal cleanup events! You filled over 600 bags of trash with everything ranging from tiny plastic pieces to balloons and fireworks. The most common items were cigarette butts (16,585) and food wrappers (6,662), while the most surprising finds included a pair of Star Wars swim trunks, an old metal engine, and a bottle of urine. Yuck!

Our parks and beaches thank you…but don’t go away, they’ll need you again next year!

In Hartford and around Connecticut 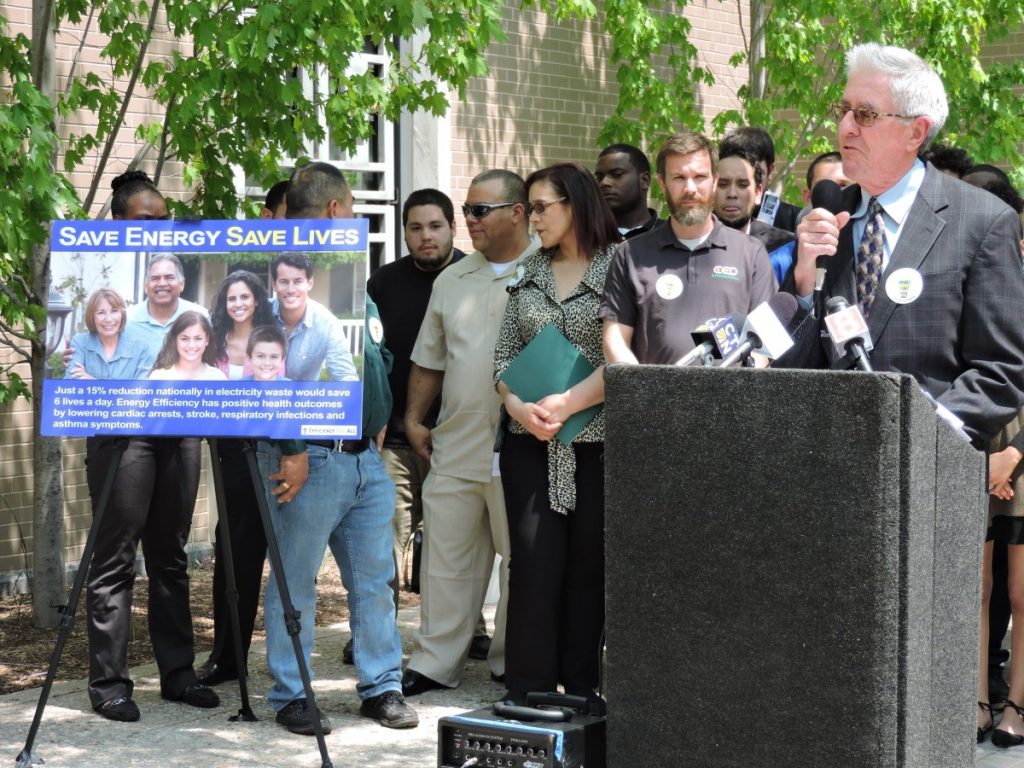 Fighting to win back your efficiency dollars

Last fall the State of Connecticut swiped $145 million in ratepayer dollars from programs intended to save families money and reduce greenhouse gas emissions, and used them to plug an unrelated budget hole. We’ve been fighting alongside efficiency and clean energy business and consumer advocates since then to right this wrong, and brought a federal lawsuit against the state in May. While we suffered a defeat in the courts in October, we’re back with an appeal and will be working with incoming Governor Lamont and legislators in the coming year to make sure this doesn’t happen again.

Being Soundkeeper doesn’t just mean keeping an eye out on the water—it also means bringing those lessons back to Hartford and Albany to advocate for the needs of the Sound, our rivers, and the wildlife and people who depend on them. This spring Soundkeeper Bill worked with legislative champions to pass a bill strengthening Connecticut residents’ right to be informed quickly when sewage has polluted their rivers, and is currently partnering with CT DEEP and community activists on plans for rapid spill response to limit damage from future oil, chemical, or sewage discharges. 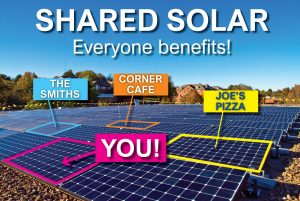 Last year, over 900 advocates like you sent letters to legislators demanding faster transition to renewable energy, expanded access to solar power and protection of consumer rights to store it, and strong energy efficiency targets. Because of you and the legislators who listened to you, policies are now in place to meet our greenhouse gas reduction targets to reduce pollution—including a new 2030 target to make sure we’re on track—, strengthen solar and wind energy policy, and increase Connecticut’s energy efficiency efforts.

As the federal government rolls back regulations that protect water, hundreds of you sent letters to pass Connecticut’s first State Water Plan. The plan, set to get over the finish line in 2019, will help protect water regulations and guide how the state oversees water resources, whether it be your drinking water, underground water, or the lakes and streams in your backyard.

This year you helped stop Tilcon Connecticut in New Britain from expanding its gravel mining operations into legally protected drinking water watershed land—pushing to quash a proposal that would have made it easier for corporations to take over and develop publicly-protected land for private profit. New Britain withdrew from the proposal, but we’ll stay vigilant.

California-based San Jose Water Group was in the process of buying CT Water Service Inc. when you spoke up and asked the state to ensure San Jose Water would continue CT Water’s stewardship of water lands, which helped us secure a commitment to do just that. The state has tentatively rejected the acquisition; no matter what happens, though, we’ll keep an eye out to make sure this precious open space isn’t squandered. All water company lands—whether Class I, II, or III—fill important needs, from filtering your drinking water of environmental contaminants, to filling aquifers, and providing hiking and bird-watching opportunities along with critical wildlife habitat.

Fight for the hills

For years, hundreds of concerned citizens have been working to defend 236 acres of developer-owned coastal forest that abuts the Oswegatchie Hills Nature Preserve and Niantic River. We brought that effort to court to limit the sewer capacity for a high-density housing project and while we recently lost one battle, we’re continuing to work within East Lyme’s zoning and wetland commissions to continue the larger fight. Oswegatchie Hills provides critical wildlife habitat, gorgeous hiking opportunities, and a natural filter to clean rainfall on its way into the Niantic estuary and Long Island Sound.

This is your land, this is my land

Thanks to you and 80% of voters, Connecticut showed true commitment to open space protection by passing a constitutional amendment that adds stricter protections and improved accountability for public lands and state parks. 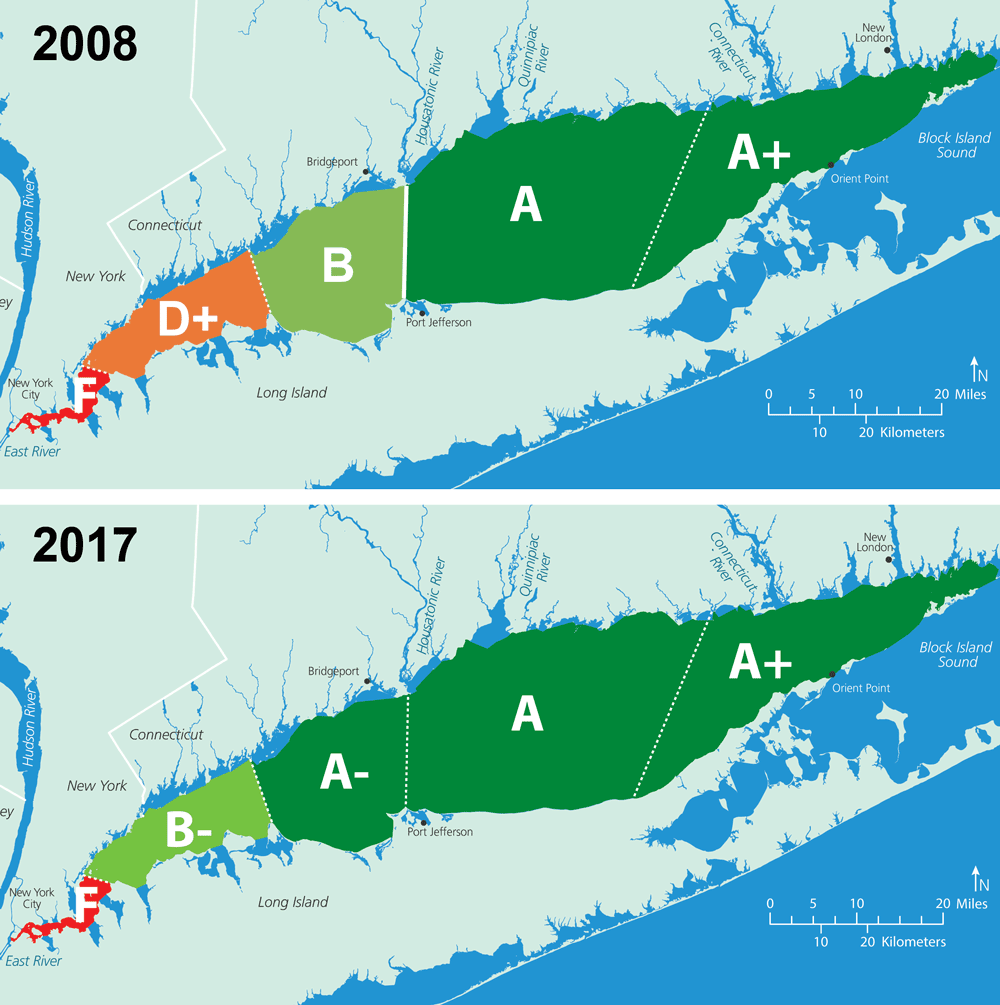 We got a special opportunity this year to provide a snapshot of 10 years of water quality data in the latest Long Island Sound Report Card. The biggest problem impacting the Sound’s overall health is high levels of nitrogen and other nutrients, which contribute to dead zones, algae blooms, and marsh damage. Progress has been made in reducing nitrogen, especially from wastewater treatment plants—but further reductions are needed!

What we swim in

Water quality is the name of the game for the scientists in our NY office. With the help of trained volunteers, we continue to measure bacteria at 63 locations in the western Sound. Unfortunately, this year’s heavy rains brought higher fecal pollution. Our Unified Water Study—which measures nutrients in the Sound’s bays and harbors—has grown in both number of partners and scientific oomph. Getting scientists around our region on the same page is no small feat; but this unified approach will pay dividends for years to come. 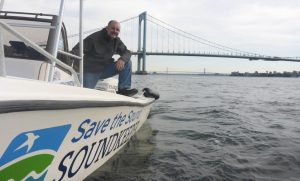 Being on a boat sounds like a romantic job, but it can be physically demanding—imagine crossing Long Island Sound in 3-foot chop, with 25-mph winds on a chilly fall day. Of course, there are plenty of bucolic, sunny days, too. Being Soundkeeper means patrolling in all types of weather to investigate pollution reports and suspicious discharge pipes. But it’s worth it to advocate for a healthy marine environment and to meet aware people like you who care about clean water! Read more about his adventures.

It’s almost unbelievable, but the Trump administration has proposed measures to weaken the law that’s brought bald eagles, wolves, and humpback whales back from the brink of extinction. Fortunately, you aren’t standing for it and neither are we: in September, 146 of you sent messages to federal decision-makers demanding the Endangered Species Act be kept strong.

Sound guardians got thrown a curve ball this year when the Army Corps of Engineers released proposals to build sea barriers around NY/NJ Harbor—including one across the western end of Long Island Sound. Save the Sound successfully teamed with area environmentalists—including 227 of you—to demand the Army Corps slow down the fast-track approval process, listen to public feedback, and consider alternate methods for storm surge protection that will also take sea level rise into account.

Paddling, plunging, planning, and policies to protect Plum Island from unwise development moved forward this year. Participants in a kayak paddle in Orient, NY and an icy-water plunge in Old Saybrook, CT raised awareness and funds. Thanks in part to our lawsuit, the federal government has committed to prepare a Supplemental Environmental Impact Statement to fix radical deficiencies in its original evaluation, and we’re working closely with senators and congressmen to get protective legislation passed in the new year. In the meantime, we’ve launched a broad-based process to engage stakeholders in developing a viable vision for the future of Plum Island. 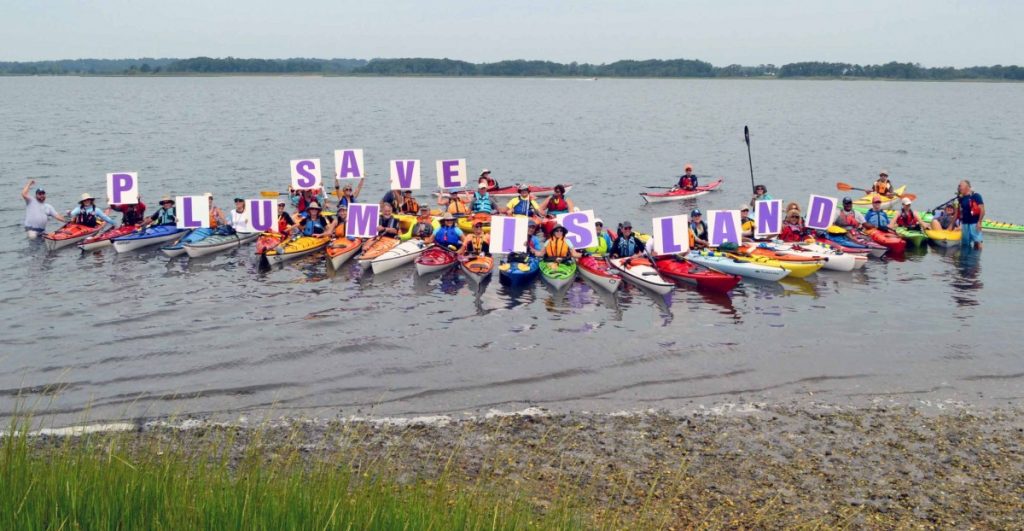 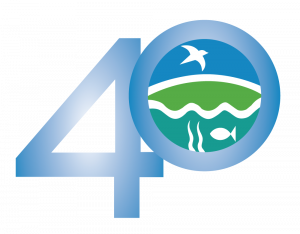 This year marks CFE/Save the Sound’s 40th anniversary. Over the past four decades, members like you have defended land that protects drinking water and houses wildlife, stopped pollution from poisoning our air, and turned the tide on dangerous pollution in Long Island Sound. We’re looking back on major victories and gearing up to tackle even bigger challenges ahead.

A new online home for CFE/Save the Sound

A useful website is one of our most valuable tools for keeping in touch with you, and this past spring that tool got a whole lot better! What’s your favorite feature of the new CFE/Save the Sound site?

This year, more than ever before, we’re seeing that our members are the most powerful force driving our work. With a landmark 3,600 members in 2018, we’re engaging our network in new and exciting ways: scheduling more talks and outdoor adventures, offering new ways to volunteer, and making it easier for you to reach your elected officials—over the last year, supporters like you sent 4,744 individual messages to decision-makers to protect your land, air, and water! 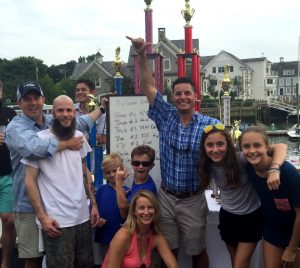 And one of the highlights of 2018 for us has been spending more time with you than ever before! Events like “Bass-A-Palooza,” “Paddle Across the Sound” and “Paddle For Plum Island,” and Salon Aponte’s “Cut-A-Thon” (planned by a member) invited new members to the organization and raised big sums to keep environmental projects going.

In 2019 we look forward giving members even more options like documentary screenings, hikes of preserved areas, and opportunities to talk with environmentally-minded people not yet familiar with CFE/Save the Sound. If you’re interested in hosting your own event, just get in touch and we’ll help you get started!

Thanks for all you’ve done. We can’t wait to keep working with you next year to achieve healthy waters, clean air, vibrant natural landscapes, and thriving communities!